Bloomberg to stump Tuesday for presidency in Detroit

Bloomberg to stump Tuesday for presidency in Detroit

Democratic presidential candidate Michael Bloomberg will be back in Detroit Tuesday to campaign as he makes his push to win Michigan.

This will be the billionaire former New York mayor's second trip to the state since launching his candidacy in late November. Details of his visit have not been released. 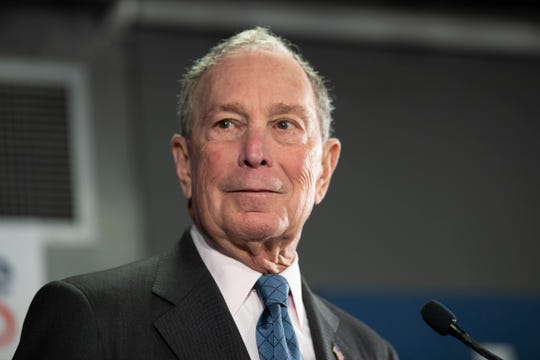 The campaign has opened two offices in Detroit with plans to open more across the state and with a ground game of at least 60 organizers that they hope will grow more volunteers, officials said.

"Mike will visit Detroit and share with voters why he is the best candidate to defeat Donald Trump in November and unite the country," said Charly Norton, a spokeswoman for the Bloomberg campaign in Michigan.

Given his late entry into the race, Bloomberg, 77, has been focused on Super Tuesday (March 3) states and Michigan's March 10 primary. He is not running in the first four states — Iowa, New Hampshire, South Carolina and Nevada.

"There is too much at stake to risk another four years of Donald Trump as he undermines the economic security of working families across the state," Norton said. "We're laser focused on communicating Mike's vision to bring better jobs, safer infrastructure, and affordable health care to the communities that have been shortchanged by Donald Trump."

Bloomberg, who created his own financial services and media company, served as New York City's mayor from 2002 to 2013. Has been financing his own campaign and has spent more than $6.6 million on television ads in Michigan.