Lansing — The Michigan House will set aside legislation that would have allowed Metro Detroit communities to move forward with a tax proposal to pursue regional transit, perhaps killing it.

The House was expected to vote Tuesday on a proposal that would allow Macomb County to opt out of a regional ballot proposal among Detroit and Macomb, Oakland and Wayne counties. 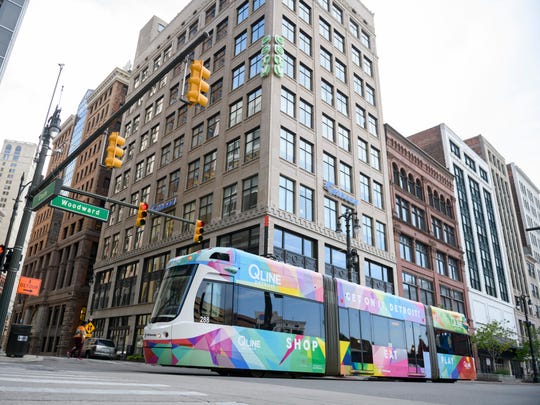 The QLine is a short rail system in Detroit that advocates hope could be extended or linked to the suburbs in a regional transit system. (Photo: David Guralnick, The Detroit News)

But nearly three hours into session, House Speaker Lee Chatfield said the chamber was unable to find a favorable proposition that ruled out the “unintended consequences of making property tax increases more likely in other areas of the state.”

“The simple truth is the proposals in front of us do not work for everyone,” said Chatfield, R-Levering. “Because of that, we are going to set this issue aside and tackle other priorities.”

The bill would have allowed Southeast Michigan counties another shot at a regional transit ballot proposal, versions of which failed with voters in 2016 and never made it to the ballot in 2018. The legislation had caused divisions in the House's Republican majority.

Rep. Diana Farrington, R-Utica, said she did not plan to re-introduce the bill.

The House likely would have gotten the votes to pass the legislation, but the GOP caucus was divided, said Rep. Jason Sheppard, the Temperance Republican who sponsored an earlier regional transit financing proposal.

Republican opposition stemmed in part from lawmakers in northern Oakland County, where residents would likely pay the tax without receiving many of the services of a regional transit plan. There was also philosophical opposition to legislation streamlining the process of adopting a local tax, Sheppard said.

"You get to the point where it's just not worth putting that big of a divide right now with so many things coming up in the next few months," he said.

"Transit should be decided by voters based on an actual transit plan with proposed services, but we can’t even cut through the political smoke screens to debate a substantive plan," Evans said in a statement. "It’s a complete lack of vision, and our region and state suffer because of it.”

Oakland County Executive David Coulter said he would continue to work with local communities "to improve mobility" while seeking a regional solution.

"I’m dismayed that Republicans in the Legislature fueled by false information won’t give us the tools we need to develop a plan to put before the voters," Coulter said in a statement. "Ultimately it should be up to the voters to decide this issue."

With new Democratic leadership in Oakland County and a statutory change allowing Macomb County to opt out of the agreement, proponents had expressed renewed optimism in the proposal’s chance to make the November ballot.

The bill would have amended a 2012 law establishing the Regional Transit Authority among Macomb, Oakland, Wayne and Washtenaw counties to allow for the creation of a “service area” from which a county could opt out by a vote of the board of commissioners and the county executive.

County boards remaining in the service area could place a tax up to 3 mills on the ballot in an effort to secure a majority vote in favor of a regional transit tax.

Nearly a dozen community leaders in Oakland County opposed the plan last week when it passed through committee. The communities, chiefly in northern Oakland County, felt they would pay the brunt of the tax while enjoying little to no benefit from the system.

Past transit plans encountered opposition from Republican former Oakland County Executive L. Brooks Patterson and Democratic Macomb County Executive Mark Hackel because a majority of RTA board members — such as Wayne and Washtenaw counties and Detroit — could set spending plans over the objections of the minority.

Oakland County, Patterson argued, would pay too much into the plan while reaping fewer benefits.

The county executives and boards of commissioners of Oakland, Wayne and Washtenaw counties are now all controlled by Democrats.

In 2016, a regional 20-year, 1.2-mill property tax increase ballot measure for the system was defeated. An effort to put a new $5.4 billion, 1.5-mill regional tax hike proposal on the 2018 ballot failed after opposition from Patterson and Hackel.