The party had already announced that the debate would be held without a live audience. Now the location is also changing over concerns about cross-country travel.

In addition, Univision anchor Jorge Ramos no longer will moderate the debate because he was in proximity to a person who was in direct contact with another individual who tested positive for the virus. The DNC says Ramos is not symptomatic. 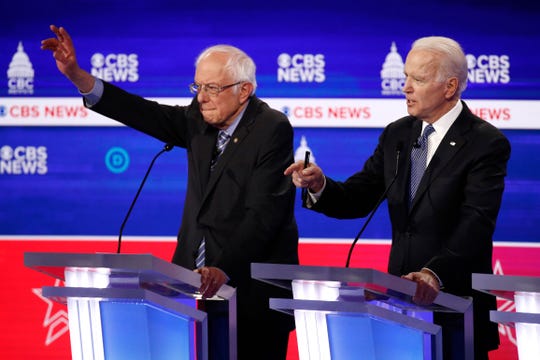 The coronavirus has already disrupted other aspects of the presidential campaign, with the Democratic contenders and President Donald Trump canceling rallies on the advice of public health officials who have cautioned against people attending large events.

For most people, the new coronavirus causes only mild or moderate symptoms, such as fever and cough. For some, especially older adults and people with existing health problems, it can cause more severe illness, including pneumonia. The vast majority of people recover from the new virus.

Biden has taken command of the Democratic race after lopsided victories on Super Tuesday and in Michigan and other states this week.

The former vice president has struck a conciliatory note toward Sanders and his army of progressive supporters, thanking them for their “enthusiasm” and vowing to unite Democrats to beat Trump.

Sanders is resisting calls to quit the race and is instead vowing to use the debate to vigorously confront Biden over their policy differences. But he has dropped most of his bellicose rhetoric and repeatedly called Biden “my friend Joe” during a speech in Vermont Wednesday.

Democrats believe the coronavirus crisis has given Biden a rare opportunity to showcase his presidential leadership skills. Even Sanders concedes that Democratic voters have largely decided that the former vice president has the best chance of beating Trump in November.

Trump is facing widespread criticism of his handling of the pandemic, especially his insistence that it will soon “go away.”

The president has continued his trademark political grandstanding as the virus inflicts widespread economic pain and social dislocation.