Burr is coming under criticism for selling off as much as $1.7 million in stocks before the market dropped amid COVID-19 fears

Washington – Senate Intelligence Committee Chairman Richard Burr, R-N.C., is asking for an ethics review after coming under criticism for selling off as much as $1.7 million in stocks just before the market dropped in February amid coronavirus fears.

Senate records show that Burr and his wife sold between roughly $600,000 and $1.7 million in more than 30 separate transactions in late January and mid-February, just before the market began to fall and as government health officials began to issue stark warnings about the effects of the virus. Several of the stocks were in companies that own hotels. 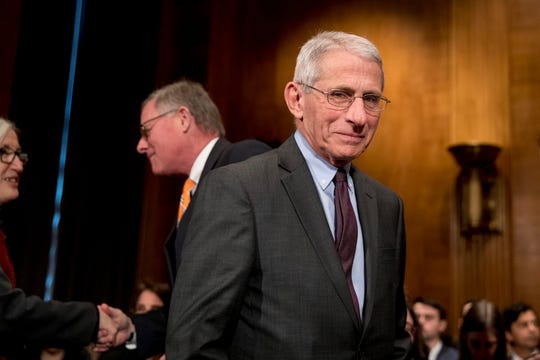 In a statement Friday morning, Burr said he had asked for the Senate Ethics Committee to investigate the matter, “understanding the assumption many could make in hindsight.”

Burr said he relied “solely on public news reports,” specifically CNBC’s daily health and science reporting out of its Asia bureaus, to make the financial decisions.

There is no indication that Burr, who is not running for reelection when his terms ends in 2022, had inside information as he sold the stocks. The intelligence panel he leads did not have any briefings on the pandemic the week when most of the stocks were sold, according to a person familiar with the matter. The person declined to be identified to discuss confidential committee activity.

Senators did receive a closed-door briefing on the virus on Jan. 24, which was public knowledge. A separate briefing was held Feb. 12 by the Senate Health, Education, Labor and Pensions Committee, which Burr is a member of. It’s unclear if he attended either session.

The stock sales were first reported by ProPublica and The Center for Responsive Politics. Most of them came on Feb. 13, just before Burr made a speech in Washington, D.C., in which he predicted severe consequences from the virus, including closed schools and cutbacks in company travel, according to audio obtained by National Public Radio and released Thursday.

Burr told the small North Carolina State Society audience that the virus was “much more aggressive in its transmission than anything that we have seen in recent history.”