The pandemic has upended campaigns in an election year, cancelling door-knocking, house parties and rallies out of respect for social-distancing norms

In a matter of days and weeks, many candidates moved their operations into the virtual space — from town halls to volunteer training to fundraisers. Some shifted greater resources to mail and phone outreach or digital and broadcast advertising.

But the new physical distance between folks is hard for candidates feeling the urge to be out on the trail engaging with voters.

"There really is no replacement for a good face-to-face conversation, particularly here in West Michigan where that kind of thing just goes so far," said Hillary Scholten, a Democrat aiming to win the seat of independent U.S. Rep. Justin Amash in the Grand Rapids area. 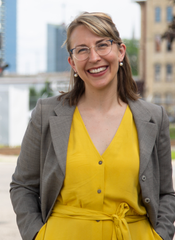 "We're trying to do everything we can with phone calls and virtual events."

The presidential campaigns, both of which plan heavy investments in battleground Michigan, also have had to change the way they talk to voters.

Campaign messaging has shifted as businesses closed, millions lost their jobs nationwide and more than 22,250 Americans died in connection with the disease COVID-19, including 1,768 deaths in Michigan as of Tuesday.

President Donald Trump suspended his large arena rallies — the signature of his campaign and a key to building his contact lists for voter registration and getting out the vote in November.

The campaign is now streaming virtual events online and, rather than the economy, allies are talking up Trump's response to the coronavirus.

Ronna Romney McDaniel, head of the Republican National Committee and a Northville resident, kicked off a virtual training last week for 150 Michigan volunteers via Zoom video conference, organized by the partnership between the official campaign and the RNC.

Their trainings went virtual on March 14 and now include tips for digital organizing — for example, how to contact voters online — and encouraging volunteers to talk up measures the president has taken to combat the pandemic.

"You know what? People, they want to talk to you right now. They're lonely. They want to get on the phone," McDaniel told the volunteers.

"It's rare that people want to talk about politics, but this is a great time to talk about the things that the president is doing."

Biden also launched a new podcast and hosted Michigan Gov. Gretchen Whitmer as his second guest. Last week, he held a virtual fundraiser featuring California U.S. Sen. Kamala Harris who, like Whitmer, is talked about as a potential running mate for Biden.

Asked at the fundraiser how he'd reclaim the public stage in the new era of social distancing, Biden said he'd keep experimenting with new methods of communicating and would be "blitzing" digital and traditional media. 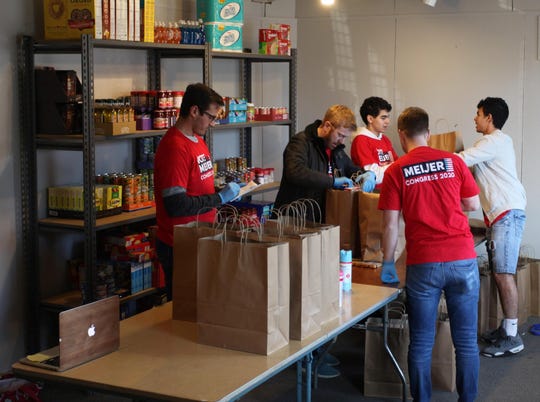 "Now, it's a different way of campaigning. We've never had to do it before,” Biden said, according to a pool report. “It's going to be this way for a little while.”

Republican Eric Esshaki of Birmingham, who is running for Congress, filed a lawsuit arguing the state's stay-home order made it impossible for him to collect the required 1,000 valid signatures by the April 21 deadline.

Others found a way around the problem. Southwest Michigan U.S. Rep. Fred Upton's team got in two and a half weeks of collecting signatures after he announced his re-election campaign in late February. Then the public health crisis hit.

Upton pulled back the petition gatherers and blasted out an email to supporters asking for help. His campaign offered to mail a petition to registered voters with a self-addressed envelope for them to send it back. They got 1,000 more signatures that way, a spokesman said.

Like several other campaigns, Upton, a St. Joseph Republican, suspended digital email fundraising over the last month and has used his list instead to send out information and resources related to the public health emergency.

U.S. Rep. Elissa Slotkin, a Holly Democrat, said her campaign has moved to the back burner as she focused on crisis response and constituent needs in recent weeks. She stopped asking for money for her campaign as of March 11.

"People's minds are not really focused the election right now," said Slotkin, who flipped a Republican district in her first bid for office.

"I don’t think it’s appropriate to be doing online fundraising given everything the state is going through. But, also, people want to help their community right now. Their priority is helping their neighbors and community institutions and front-line health care workers."

Instead of her campaign, Slotkin asked her fundraising network to donate to hospitals in her district and Henry Ford Health and Beaumont Health systems.

As of last week, her donors had raised $50,000 for front-line health workers at Michigan hospitals, and that was before her campaign sent a second solicitation Friday.

Slotkin's campaign also trained nearly 200 campaign volunteers to do community welfare checks by phone, targeting the elderly and people who might otherwise be isolated. Volunteers have placed nearly 3,000 calls since April 1, according to the campaign. 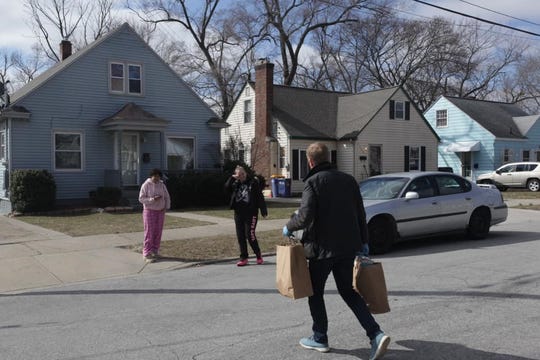 Paul Junge of Brighton, who is running in the GOP primary in a bid to take on Slotkin, is still making calls to residents whose support he hopes to win but no longer soliciting donations. Some don't want to talk politics anymore, he said.

"Personally, I don’t make an ask anymore. I’m calling really to keep in touch with people, to hear how things are going for them. To express interest and support in what they're facing," Junge said.

As a first-time candidate, Junge was planning on local party events such as pancake breakfasts and the Republican women’s forum to help spread the word about his campaign. Those events have been canceled.

"As normal life starts to come back hopefully in May and June, and hopefully, we keep the coronavirus at bay, I think things will come back," he said.

Republican Peter Meijer, who is also targeting Amash's seat, reorganized his campaign volunteers to deliver grocery care packages to vulnerable residents who can't shop for themselves during the pandemic.

The food is paid for by the campaign, and the deliveries are "contact-less" — left on a front porch or stoop with a ring of the bell.

"My background is in disaster relief and humanitarian aid and nonprofits," said Meijer, who was involved in the response after Superstorm Sandy and Oklahoma tornadoes.

"I was more than glad to get rid of that partisan playbook and focus on serving the community."

He said in the first two weeks, the volunteers made a total 300 deliveries, with about half outside Michigan's 3rd District, which includes the Grand Rapids area.

Grandson of the late retailer Fred Meijer, he named the outreach Operation F.R.E.D., which stands for Food Relief Emergency Delivery. But his team is shopping at many places other than Meijer, he said.

"Obviously, grocery runs in my veins, but we actually have been going to wherever the specials of the day might be and bulk purchasing might be easiest," he said.

Scholten, the Democrat running in the 3rd District, said she's been reaching out to small business workers, first responders and health care workers, asking what they need and what they're experiencing.

She shifted house parties and fundraisers online even before Whitmer's stay-home order three weeks ago, though she's cognizant of how her virtual events aren't accessible to people without internet access — whether that's due to financial constraints or lack of broadband internet.

"It’s certainly something we’re paying attention to and already making plans for how we can connect as much in as a personable way as possible while still putting the health and safety of our community first," Scholten said.

"For now, that means staying home, staying safe and preventing the spread."