Trump says US can never declare ‘total victory’ over virus

Washington – President Donald Trump said Thursday that he believes the U.S. can never declare “total victory” over the coronavirus because too many people have died. But he added that he will count it a win when the virus is gone and the economy fully reopened. 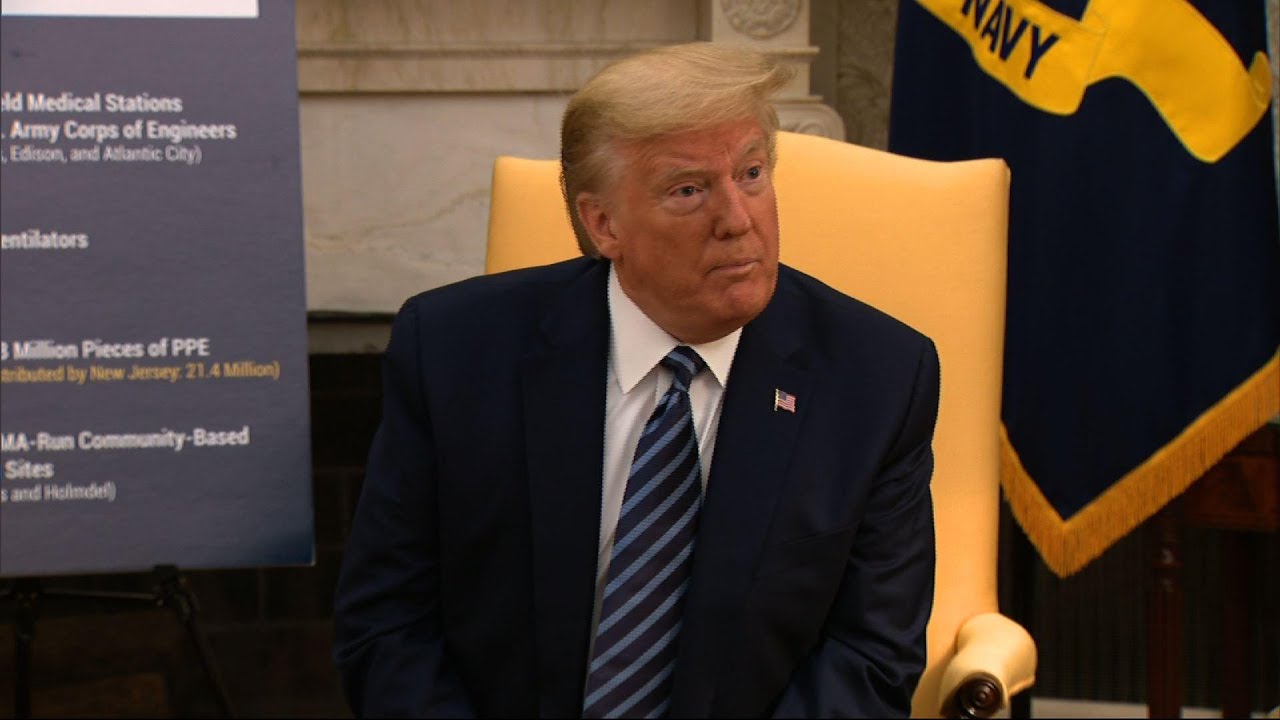 With more than 60,000 Americans fallen to the virus, Trump pointed out that the death rate in the U.S. was lower than in many other countries, and he offered the optimistic prediction that the battered economy would be vastly improved in a matter of months and “spectacular” by 2021.

He also said he was considering ordering that U.S. flags at the White House and elsewhere be lowered to half-staff to honor those killed by the virus – now more than all U.S. troops killed during the Vietnam War – as he pushed back against criticism from presumptive Democratic presidential nominee Joe Biden that he lacks “empathy or concern” for Americans.

“I want the virus gone, and we want to have a vibrant economy,” Trump said at a White House event designed to highlight the administration’s efforts to protect residents of nursing homes grappling with the virus.

Speaking of the nation overall, Trump said he didn’t want people “sitting 6 feet apart. I want our country back. I want people to go out and see football games and baseball games and basketball and hockey and golf and all of these sports and not worry about getting sick and violently ill.”

Earlier in the week, Biden called on Trump to order White House flags to be lowered to half-staff and accused the president of talking more about how he’s been inconvenienced by the virus than about Americans affected by the pandemic.

Asked about Biden’s criticism, Trump said lowering the flags was among the steps he would be discussing with his advisers later Thursday as he considers how to honor the fallen. He also dismissed Biden’s criticism.

“I don’t think anybody can feel any worse than I do about all of the death and destruction that is so needless,” Trump said. “Nobody’s thinking about it more. Nobody has spent more time, late in the evening, thinking about what’s happened to this country in a short period of time. But at the same time, we have to get our country open again.”

Trump is trying to turn the page on the virus, even as the nation’s death toll continues to climb and jobless claims rise.

While economists are warning of serious long-term economic damage, Trump is predicting a strong fourth quarter thanks to pent-up demand.

“I feel it,” Trump said in comments earlier in the day during an Oval Office meeting with New Jersey’s Democratic Gov. Phil Murphy. “I think sometimes what I feel is better than what I think, unfortunately or fortunately.”

Separately, Trump announced that the Federal Emergency Management Agency will soon be sending supplemental personal protective equipment to the nation’s 15,400 nursing homes, adding $81 million in spending to increase inspection of such facilities, and that he was establishing a new coronavirus commission for safety and quality in nursing homes. He added that his administration was also finalizing a new federal rule requiring nursing homes to report on virus testing to the Centers for Disease Control and Prevention and post testing details online.

“I guess you could call it a little bit of a weak spot because things are happening in nursing homes, and we’re not happy about that,” Trump said.

It was a rare, albeit muted, acknowledgement of a shortcoming in his administration’s virus response. More than 11,000 U.S. coronavirus deaths have been connected to U.S. nursing homes.

The moves to bolster nursing home safety come as his campaign advisers have grown increasingly concerned that fallout from the virus outbreak is eroding Trump’s support among older voters.

Aides have warned the president that seniors, who are among the most vulnerable to COVID-19, have been rattled by the administration’s scattershot handling of the crisis and Trump’s increasingly contentious daily press briefings, according to two campaign officials who spoke on condition of anonymity because they were not authorized to speak publicly about private conversations.

Older Americans are an important component in Trump’s reelection strategy. People older than 45 composed a larger share of voters than the national average in 2016 in all six states that both sides consider the most likely to determine the next president, especially Arizona, Michigan and, above all, Florida.

It has been more than two decades since a Democratic candidate won seniors, but the Trump campaign has begun to fear that Biden could be poised to do the same or at least cut into Trump’s margin with the group.

Trump had centered his reelection message before the outbreak around his stewardship of a strong economy. But with more than 30 million Americans filing jobless claims and the stock market plunging from record highs in recent weeks, the president’s prosperity pitch to voters has become complicated.

Economists have warned a sharp comeback may not be realistic. They point to expected flare-ups that could force reopened businesses to shut down again, concerns that employees and consumers afraid of contracting the virus could continue to stay home, and the fact that shuttered businesses may not open again. With so much of the economy paralyzed, the Congressional Budget Office has estimated that economic activity will plunge this quarter at a 40% annual rate.