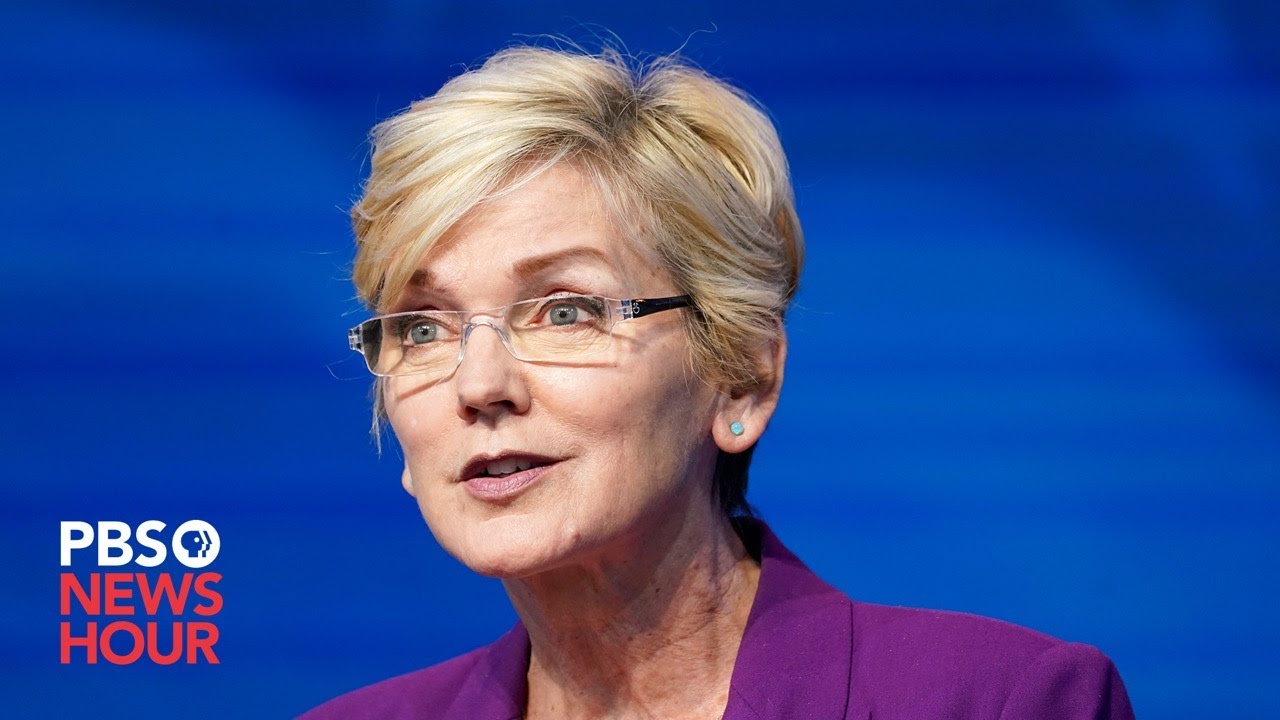 Washington — Former Michigan Gov. Jennifer Granholm argued before a U.S. Senate panel Wednesday that she would protect jobs while working aggressively to transition the country to sustainable energy if confirmed as secretary of energy.

Granholm, 61, touted her track record of diversifying Michigan's economy to grow clean energy and her aid to the auto industry when it was "on its knees" during the Great Recession.

The former governor pitched a future in which the United States leads in producing electric car batteries, wind energy, carbon capture technology and more while saving or growing jobs.

"The products that reduce carbon emissions are going to create a $23 trillion global market by 2030. That is a massive opportunity," Granholm told the Senate Committee on Energy and Natural Resources.

"We can put our workers in good-paying jobs manufacturing and installing those solutions in America."

"You came and showed us the diverse knowledge you have about the energy portfolio our country needs to maintain, our energy independence and a practical, pragmatic way of moving forward," said Manchin, who knows Granholm from when they were both governors.

Granholm, who was accompanied by husband Dan Mulhern, faced little objection to her record or background during the hearing. But Republican senators expressed doubt about Biden's plan to reach to net zero carbon emissions by 2050 and pressed her to promise that oil, gas and coal would not be stripped from the national energy portfolio.

“I'm curious. How is a long-term ban consistent with the president’s goal of unifying our country, putting Americans back to work and helping our economies grow? How is that consistent?” asked Wyoming Sen. John Barrasso, the panel's incoming ranking Republican.

"The president's plan is Building Back Better, which would create more jobs in clean energy than the jobs that might be sacrificed," Granholm replied. "But I will say this: We don't want to see any jobs sacrificed."

For subscribers:Why Granholm's energy holdings could fuel questions from senators

Granholm spent two terms as governor and was known as an early proponent of renewable energy, which would be fundamental to Biden's plans to combat climate change, including a pledge to reach net zero emissions by 2050.

The post would place Granholm in charge of a $35 billion-a-year agency tasked with oversight of the country's energy supply and electric grid, security of the nation's nuclear arsenal, research at 17 national laboratories and the environmental cleanup of Cold War-era nuclear weapons sites.

She would be the second woman to hold the position in a non-acting capacity. Hazel O'Leary was the first under President Bill Clinton.

Wednesday's hearing provided the opportunity for senators to weigh in on what energy policy might look like under the new administration, including Barrasso, who signaled his opposition to Biden's plan to reduce the nation's reliance on fossil fuels.

"The bottom line is the United States will need fossil fuels," Barrasso said. "Coal, oil and natural gas are not going away, and America should not leave these assets stranded in the ground."

Barrasso pointedly asked Granholm whether she stands by her statement in 2016 to do "everything we possibly can to keep fossil fuel energy in the ground."

"I think it's important that as we develop fossil fuels, we also develop the technology to reduce greenhouse gas emissions," she replied.

He also asked Granholm to respond to an opinion piece claiming that Granholm oversaw hundreds of billions of taxpayer dollars going to incentives for battery, solar and other green energy companies that "failed" to deliver on their job creation promises.

The article was wrong, she said, and the state program was structured so tax credits are only given to firms that promise to build and create a certain number of jobs, but if the jobs aren't created, "they don't get the credits."

Asked by Republican Montana Sen. Steve Daines if she believes the United States needs to remove coal, oil and gas from its energy portfolio, Granholm said she does not.

"If we're gonna get to net zero emissions by 2050, we cannot do it without coal, oil, gas being part of the mix," she said, but added that using carbon capture and storage technology will be crucial.

"We must use those technologies to keep people employed, to clean up and to remain energy independent."

Speaking to The Detroit News after the hearing, Granholm said she didn't feel the senators were pushing back on the net zero goal "because I think they see the carbon reduction technology is an opportunity for them."

"I think they might have been pushing back on the 100% clean energy standard," she said, referring to Biden's campaign promise. "But the bottom line is the overall goal is to get to net zero."

Granholm heard repeated pleas from senators from states with legacy coal and oil production to not leave their workers behind.

"Don’t just leave them in a barren wasteland," Manchin said of his home state of West Virginia.

Granholm highlighted an initiative she started while governor called "No Worker Left Behind" to train under- and unemployed Michigan residents for new jobs.

"I cannot tell you how important this is to me personally," she told Manchin.

In West Virginia and other states that lost traditional energy jobs, Granholm said she sees an opportunity for them to specialize in making the technologies that reduce carbon emissions.

“These ‘place-based’ solutions (will) be able to take advantage of expertise and comparative advantages of states and build on that to allow them to diversify inside and outside their main industries is a partnership that we could have through the Department of Energy,” she said.

Granholm's time as governor coincided with the first years of the Great Recession, which nearly wiped out the auto industry until it was bailed out by the federal government in 2009.

Her administration awarded the Detroit Three automakers massive job retention tax credit packages in 2009 and 2010, which helped the companies weather the downturn but also ended up contributing to an unexpected $300 million budget shortfall that had to be filled five years later.

Granholm was effusive throughout the hearing about her Chevrolet Bolt, a 2020 model year car in the color gray.

Biden has promised to roll out 500,000 charging stations for electric vehicles, which Granholm said could also provide opportunities to strengthen the electricity grid and roll out broadband internet to rural areas.

Asked whether she would support banning the sale of new vehicles with internal combustion engines — which the state of California has said it would do beginning in 2035 — Granholm didn't answer directly.

She said she "would like to see a big goal" and that the auto industry itself is already investing "big" in transitioning to electric vehicles.

Manchin chimed in to point out that Biden "does enjoy a Corvette that makes a lot of noise. I do, too."

"And that's going to be around for a while," Manchin said.

Sen. Maria Cantwell, D-Washington, concentrated on the department's nuclear mission, including cleanup of the decommissioned nuclear site at Hanford in her state, which she described as the federal government's "second largest obligation" after Social Security and health care.

The Trump administration had proposed funding well below what was needed, said Cantwell, who requested that Granholm submit a budget to help the agency keep its milestones as laid out as part of the cleanup agreement between the state and federal government.

“You have my commitment,” Granholm replied, also telling Cantwell that she would accept her invitation to visit the site.

Stabenow, a member of the Energy panel, called Granholm a "great fit" to lead the Department of Energy "who knows how to meet challenges because she's done it before."

Upton, former chairman of the House Energy and Commerce Committee, praised Granholm's bipartisan communication and expressed certainty that "we can work together to solve these very important issues" faced in the energy industry.

Last week, Granholm submitted a financial disclosure form listing between $4 million and $15 million worth of assets and an income of around $1.9 million last year.

Among the sources of her income was a position as board chair of the Democratic group American Bridge Foundation, which paid her more than $228,000 as an adviser and co-chair to the board. The group specializes in opposition research and video tracking of Republican candidates.

In a letter to ethics officials within the Department of Energy, Granholm said she had resigned from her position at the foundation and with associated group Media Matters for America, which she said paid her more than $200,000 in 2020 for fundraising and consulting.

Political observers had suggested that Granholm might get questioned about her affiliation with the Democrat-focused groups, but it did not come up.