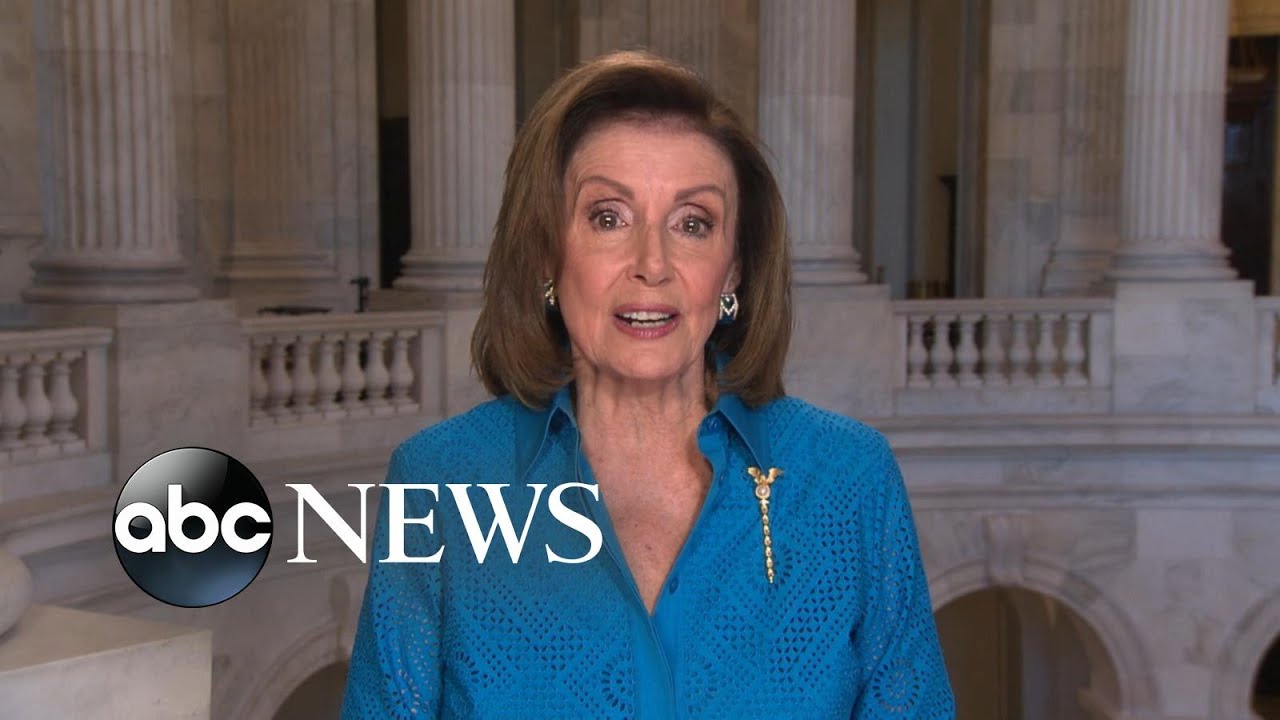 Washington — With President Joe Biden’s broad domestic agenda at risk of collapse, House Speaker Nancy Pelosi on Sunday vowed that Democrats will pass a bipartisan infrastructure bill this week and push ahead on the bigger $3.5 trillion social safety net and climate change bill while acknowledging the total amount will drop.

Pelosi had originally pledged to House moderates a vote on the infrastructure legislation by Monday, but she now says that timeline will likely fall to later in the week due to Democratic divisions, giving space for negotiations so both bills could be approved. She is pushing to advance both this week, though that is not at all certain.

“Let me just say that we’re going to pass the bill this week,” said Pelosi, D-Calif. “I’m never bringing a bill to the floor that doesn’t have the votes. You cannot choose the date. You have to go when you have the votes in a reasonable time, and we will.”

When asked Sunday if Pelosi had the votes to pass the $1 trillion infrastructure bill on Monday, Biden told reporters at the White House, “It’s going to take the better part of this week.”

Still, in a delicate balancing act aimed at achieving the near Democratic unanimity needed to push the sprawling package through, Pelosi made clear that Biden’s proposed $3.5 trillion for social spending and climate initiatives will need to be trimmed.

Sens. Joe Manchin of West Virginia and Kyrsten Sinema of Arizona have said they won’t support a bill of that size. Manchin has previously proposed spending of $1 trillion to $1.5 trillion, an amount that progressives have called unacceptable for a bill they originally envisioned at $6 trillion.

Asked Sunday if she agrees the final number on the so-called reconciliation bill will be “somewhat smaller” than $3.5 trillion, Pelosi responded: “That seems self-evident.”

“We’ll see how the number comes down and what we need,” she added. “Again, the Senate and the House, those who are not in full agreement with the president, right, let’s see what our values — let’s not talk about numbers and dollars. Let’s talk about values.”

“I think even those who want a smaller number, support the vision of the president, and this is really transformative.”

Her comments Sunday reflected the enormous stakes for the coming week, one that could define the Biden presidency and shape the political contours of next year’s midterm elections.

Pelosi told fellow Democrats over the weekend that they “must” pass the social and environment package in the coming days, along with a separate infrastructure bill and a third measure preventing a government shutdown on Friday. Her letter to colleagues underscored the sense of urgency.

“The next few days will be a time of intensity,” she wrote.

Biden, Pelosi and Senate Majority Leader Chuck Schumer, D-N.Y., have led a behind-the-scenes hunt for compromises to resolve internal divisions and, they hope, allow approval of the mammoth bill soon.

The House Budget Committee on Saturday advanced a $3.5 trillion, 10-year bill strengthening social safety net and climate programs, though one Democrat voted “no,” illustrating the challenges party leaders face. The bill, which is certain to be revised before House voting, would be paid for with taxes on corporations and the wealthy.

Rep. Josh Gottheimer, D-N.J., who led a group of House moderates in pushing a quick vote by Monday on the infrastructure bill, said Sunday he wouldn’t be bothered by a slight delay. He was optimistic both pieces of legislation could be resolved this week.

“If the vote — the way these things work, if you start debating it and it rolls over to Tuesday, ... I think we’re all reasonable people,” Gottheimer said. “There’s too much on the line here for our country.”

Rep. Pramila Jayapal, D-Wash., who heads the Congressional Progressive Caucus, said members of her group won’t be willing to support the infrastructure plan until there is “ironclad” agreement in the House and Senate on the reconciliation bill. She didn’t rule out additional cuts to the $3.5 trillion proposal to reach agreement.

“If somebody wants to take something out, we need to hear what that is,” she said.

Pelosi didn’t commit when asked about a vote this week on the social spending and climate bill, which Democrats intend to pass with a simple majority without GOP support. She suggested that House-Senate agreement could be reached this week, depending on rulings from the Senate parliamentarian on what provisions could be included.

“We are ready on our side,” Pelosi said. “We just have to see how quickly the parliamentarian can operate.”

The overall bill embodies the crux of Biden’s top domestic goals, with billions for rebuilding infrastructure, tackling climate change and expanding or introducing a range of services, from free prekindergarten to dental, vision and hearing aid care for seniors.

But there are broad disputes on paying for the legislation as well as over which initiatives should be reshaped, among them expanded Medicare, tax breaks for children and health care, a push toward cleaner energy and higher levies on the rich and corporations.

Republicans say the proposal is unneeded, unaffordable amid accumulated federal debt exceeding $28 trillion and reflects Democrats’ drive to insert government into people’s lives. Its tax boosts will cost jobs and include credits for buying electric vehicles, purchases often made by people with comfortable incomes, they said.

Pelosi spoke on ABC’s “This Week,” Gottheimer was on CNN’s “State of the Union," and Jayapal appeared on CBS' “Face the Nation.”