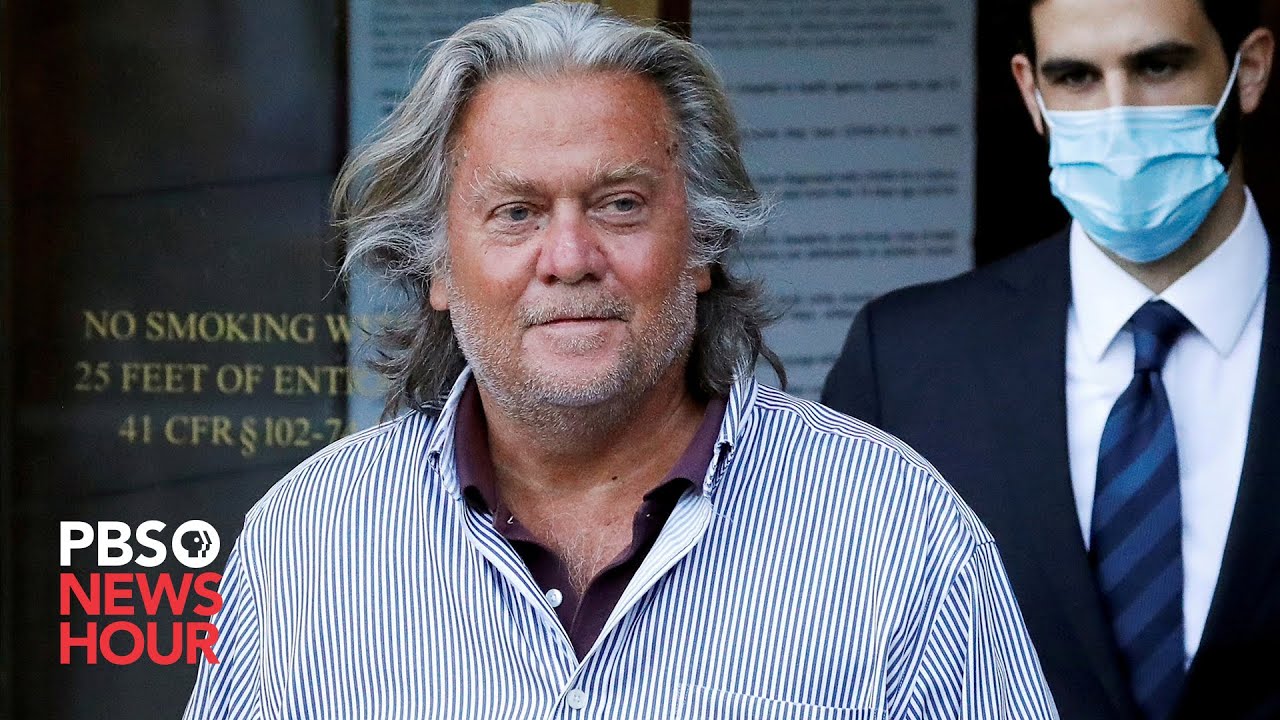 Washington — The House voted Thursday to hold Steve Bannon, a longtime ally and aide to former President Donald Trump, in contempt of Congress for defying a subpoena from the committee investigating the violent Jan. 6 Capitol insurrection.

In a rare show of bipartisanship on the House floor, the committee’s Democratic chairman, Mississippi Rep. Bennie Thompson, led the floor debate along with Republican Rep. Liz Cheney of Wyoming, one of two Republicans on the panel. Still, the vote was 229-202 with all but nine GOP lawmakers who voted saying “no.”

The House vote sends the matter to the U.S. attorney’s office in Washington, where it will now be up to prosecutors in that office to decide whether to present the case to a grand jury for possible criminal charges. It’s still uncertain whether they will pursue the case – Attorney General Merrick Garland would only say at a House hearing on Thursday that they plan to “make a decision consistent with the principles of prosecution.”

The partisan split over Bannon’s subpoena – and over the committee’s investigation in general – is emblematic of the raw tensions that still grip Congress nine months after the Capitol attack. Democrats have vowed to comprehensively probe the assault in which hundreds of Trump’s supporters battered their way past police, injured dozens of officers and interrupted the electoral count certifying President Joe Biden’s victory.

As voting got underway, Michigan GOP Reps. Fred Upton of St. Joseph and Peter Meijer of Grand Rapids Township both voted in favor of contempt. Both also voted to impeach Trump earlier this year.

Lawmakers on the investigating committee say they will move swiftly and forcefully to punish anyone who won’t cooperate with the probe.

“We will not allow anyone to derail our work, because our work is too important,” Thompson said ahead of the vote.

Republicans call it a “witch hunt,” say it is a waste of time and argue that Congress should be focusing on more important matters than the insurrection.

Indiana Rep. Jim Banks, leading the GOP opposition on the floor, called the probe an “illicit criminal investigation into American citizens” and said Bannon is a “Democrat party boogeyman.”

Cheney and Illinois Rep. Adam Kinzinger are the only two Republicans on the Jan. 6 panel, and both have openly criticized Trump and his role in fomenting the insurrection while the majority of House Republicans have remained silent in the face of Trump’s falsehoods about massive fraud in the election. Trump’s claims were rejected by election officials, courts across the country and by his own attorney general.

The Jan. 6 committee voted 9-0 Tuesday to recommend the contempt charges after Bannon missed a scheduled interview with the panel last week, citing a letter from Trump’s lawyer that directed him not to answer questions. The committee noted that Bannon did not work at the White House at the time of the attack, and that he not only spoke with Trump before it but also promoted the protests on his podcast and predicted there would be unrest. On Jan. 5, Bannon said that “all hell is going to break loose.”

Lawmakers on the panel said Bannon was alone in completely defying its subpoena, while more than a dozen other subpoenaed witnesses were at least negotiating with them.

“Mr. Bannon’s own public statements make clear he knew what was going to happen before it did, and thus he must have been aware of – and may well have been involved in – the planning of everything that played out on that day,” Cheney said ahead of the vote. “The American people deserve to know what he knew and what he did.”

Even if the Justice Department does decide to prosecute, the case could take years to play out – potentially pushing past the 2022 election when Republicans could win control of the House and end the investigation.

There’s still considerable uncertainty about whether the department will pursue the charges, despite Democratic demands for action. It’s a decision that will determine not only the effectiveness of the House investigation but also the strength of Congress’ power to call witnesses and demand information.

While the department has historically been reluctant to use its prosecution power against witnesses found in contempt of Congress, the circumstances are exceptional as lawmakers investigate the worst attack on the U.S. Capitol in two centuries.

Democrats are pressuring Justice to take the case, arguing that nothing less than democracy is on the line.

“The stakes are enormous,” Maryland Rep. Jamie Raskin said in an interview with The Associated Press.

If the Justice Department doesn’t prosecute, the House has other options, including a civil lawsuit. That could also take years but would force Bannon and any other witnesses to defend themselves in court.

Another option would be for Congress to try to imprison defiant witnesses – an unlikely, if not outlandish, scenario. Called “inherent contempt,” the process was used in the country’s early years but hasn’t been employed in almost a century.

The lingering acrimony over the insurrection, and the Bannon subpoena, flared Wednesday at a House Rules Committee hearing held to set the parameters of Thursday’s debate. Under intense questioning from Raskin, Florida Rep. Matt Gaetz, a Republican who defended Trump and opposed the Bannon contempt effort, said he accepted that Biden is the president but would not say that Biden won the election.

Raskin said, “I know that might work on Steve Bannon’s podcast, but that’s not going to work in the Rules Committee of the United States House of Representatives, Mr. Gaetz. I’m sorry.”