Biden: Russia war a ‘genocide,’ trying to ‘wipe out’ Ukraine 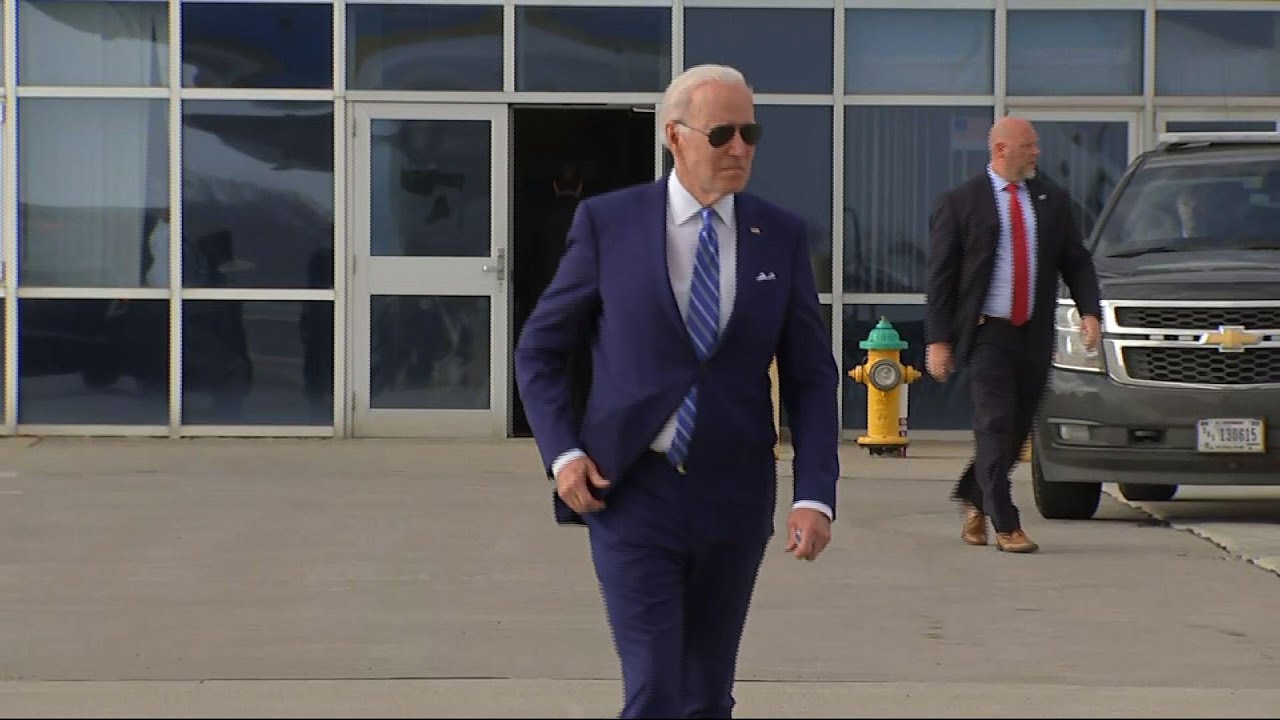 Washington —  President Joe Biden now says Russia’s war in Ukraine amounts to genocide, accusing President Vladimir Putin of trying to “wipe out the idea of even being a Ukrainian.”

“Yes, I called it genocide,” he told reporters in Iowa on Tuesday shortly before boarding Air Force One to return to Washington. “It’s become clearer and clearer.”

At an earlier event Tuesday in Menlo, Iowa, addressing spiking energy prices caused by the war, Biden had implied that he thought Putin was carrying out genocide against Ukraine, but offered no details. Neither he nor his administration announced new consequences because of the contention.

More: Events in the Russian invasion of Ukraine on Wednesday, March 13, 2022

Biden’s comments drew immediate praise from Ukrainian President Volodymyr Zelenskyy, who had encouraged Western leaders to use the term to describe Russia’s invasion of his country. But French President Emmanuel Macron declined to take his rhetoric that far in comments Wednesday.

“I am prudent with terms today,” Macron said. “Genocide has a meaning. The Ukrainian people and Russian people are brotherly people. … I’m not sure if the escalation of words serves our cause.”

Macron said it’s been established that the Russian army has committed war crimes in Ukraine.

“True words of a true leader @POTUS,” he tweeted Tuesday. “Calling things by their names is essential to stand up to evil. We are grateful for US assistance provided so far and we urgently need more heavy weapons to prevent further Russian atrocities.”

Biden called Zelenskyy on Wednesday and the pair spoke for nearly an hour. Biden subsequently announced that he was authorizing an additional $800 million in weapons, ammunition and other security assistance to Ukraine.

“The steady supply of weapons the United States and its allies and partners have provided to Ukraine has been critical in sustaining its fight against the Russian invasion,” Biden said in a statement. “It has helped ensure that Putin failed in his initial war aims to conquer and control Ukraine. We cannot rest now. As I assured President Zelenskyy, the American people will continue to stand with the brave Ukrainian people in their fight for freedom.”

A United Nations treaty, to which the U.S. is a party, defines genocide as actions taken with the “intent to destroy, in whole or in part, a national, ethnical, racial or religious group.”

Canadian Prime Minister Justin Trudeau noted that “there are official processes around determinations of genocide” but added of Biden’s using the term, “I think it’s absolutely right that more people … (are) talking and using the word genocide in terms of what Russia is doing and Vladimir Putin has done.”

“The way they are targeting Ukrainian identity and culture, these are all things that are war crimes that Putin that is responsible for,” Trudeau said.

Past American leaders often have dodged formally declaring bloody campaigns such as Russia’s in Ukraine to be genocide, hesitating to trigger an obligation that under international convention requires signing countries to intervene. That obligation was seen as blocking President Bill Clinton from declaring Rwandan Hutus’ killing of 800,000 ethnic Tutsis in 1994 as genocide, for example.

Biden said it would be up to lawyers to decide if Russia’s conduct met the international standard, but “it sure seems that way to me.”

“More evidence is coming out literally of the horrible things that the Russians have done in Ukraine, and we’re only going to learn more and more about the devastation and let the lawyers decide internationally whether or not it qualifies,” he said.

During a trip to Europe last month, Biden faced controversy for a nine-word statement seemingly supporting the overthrow of Putin, which would have represented a dramatic shift toward direct confrontation with another nuclear-armed country. “For God’s sake, this man cannot remain in power,” Biden said of Putin.

He clarified the comments days later, saying: “I was expressing the moral outrage that I felt toward this man. I wasn’t articulating a policy change.”