O’Malley plans to meet with Arab refugees in Dearborn 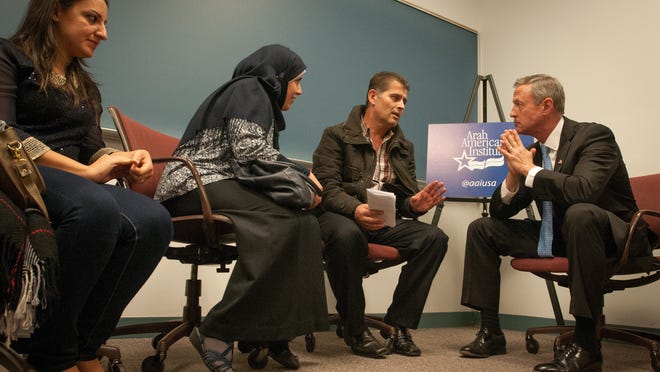 Presidential candidate and former Maryland Gov. Martin O’Malley is expected in Dearborn on Friday to meet with Arab refugees who recently resettled in the United States.

O’Malley will meet with a small group of refugees at the University of Michigan-Dearborn to hear their personal stories and talk about their resettlement experiences in the United States, organizers said.

The gathering will take place during the Arab American Institute’s three-day National Leadership Conference, Oct. 23-25. The summit is held every four years ahead of the presidential election to provide a forum for candidates to address and hear from the Arab-American community.

The O’Malley meeting is set to follow a 2:30 p.m. Friday panel called “Refugee Voices: A Shared Discourse of Loss” at the University of Michigan-Dearborn’s Social Sciences Building, Room 1400, at 4901 Evergreen Road.

O’Malley was last in Michigan on Aug. 6 for a low-key fund-raiser at Ann Arbor’s Arbor Brewing Company.