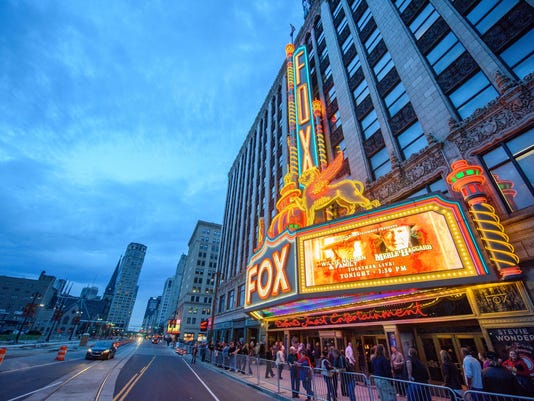 The Detroit News first reported that the Fox Theatre was being considered for the debate site.

New York billionaire Donald Trump skipped the Jan. 28 Republican presidential debate in Iowa in part because one of the three Fox News moderators was Kelly, with whom he feuded during an August debate because she asked him about disparaging remarks he has made over the years about women.

The real estate developer led in Iowa polls prior to the debate, but finished second in the caucuses behind U.S. Sen. Ted Cruz of Texas and barely ahead of U.S. Sen. Marco Rubio of Florida. He hasn’t given any indication what he might decide about the future Fox News debate.

A debate in Michigan is likely to intensify the campaign battle here for the state’s 59 delegates, which will be proportionally awarded to presidential candidates who earn at least 15 percent of the statewide vote.

The Democratic National Committee announced Wednesday it will host a March 6 debate in Flint between Democratic presidential contenders Hillary Clinton and Bernie Sanders.

The next Republican presidential debate is scheduled for Saturday night at St. Anselm College in Manchester, New Hampshire. ABC will carry the GOP debate.