Clinton focuses on general, while Sanders sticks to script

Hillary Clinton is looking to the future, while Bernie Sanders seems stuck in the past

Clinton focuses on general, while Sanders sticks to script 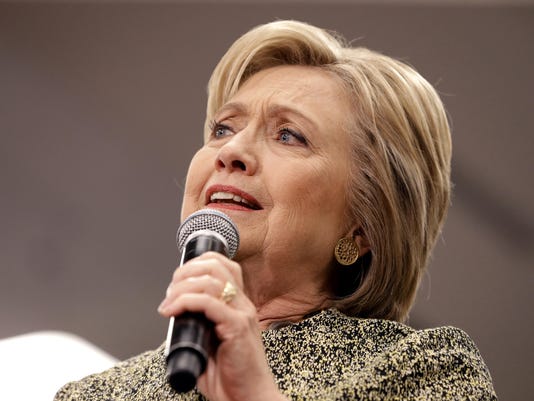 Oklahoma City — In the wake of her blowout win in the South Carolina primary, Hillary Clinton is looking to the future, while Bernie Sanders seems stuck in the past.

During stops in Tennessee and Arkansas on Sunday, Clinton shed nearly all references to her Democratic opponent, focusing her fire instead on Republican front-runner Donald Trump. Sanders, meanwhile, remained resolute in his message, offering his standard economic-focused speech to a massive crowd in Oklahoma City and making no mention of his South Carolina loss.

“I’m going to need your help here in Oklahoma on Tuesday,” Sanders told over 6,000 cheering fans, after offering his trademark lines about breaking up big financial institutions and reforming the campaign finance system.

But Clinton clearly began to turn the page in the days that followed her sweeping victory in South Carolina, intensifying her focus on the race beyond the party conventions.

“What we can’t let happen is the scapegoating, the flaming, the finger pointing that is going on the Republican side,” she told voters gathered in Springfield, Massachusetts Monday. “It really undermines our fabric as a nation. So, I want to do everything I can in this campaign to set us on a different course.”

“America has never stopped being great, our task is to make America whole,” said Clinton at Greater Imani Cathedral of Faith, prompting a chorus of amens from the crowd.

Less than forty-eight hours before the Super Tuesday voting contests, Clinton and her team are growing increasingly confident that they are on track to capture their party’s nomination.

Allies of the former secretary of state, unaffiliated Democratic strategists and the national party are stockpiling potential ammunition about Trump, reviewing reams of court filings, requesting information about his business dealings from state governments and conducting new polls to test lines of attack.

It goes both ways, with Trump indicating Sunday that Clinton is already on his radar. Speaking at a rally in Madison, Alabama, Trump said he would focus on the controversy surrounding Clinton’s use of a private email server while secretary of state if he’s the nominee.

“I guarantee you one thing: We’re going to be talking about those emails every moment of every day,” he told the crowd.

With Sanders lagging in delegates and likely to face greater losses on Super Tuesday, Clinton’s team is also starting to become more concerned with the need to eventually unify the party. They are trying to avoid further alienating the passionate Sanders backers, whose support she will need to win a general election, and remind Democratic voters that she could face Trump — a figure hated by many in the party.

Speaking to parishioners, Clinton issued a call to unite the nation and asked worshippers to reject “the demagoguery, the prejudice, the paranoia” — intended as a dig against Trump.

Later she rallied supporters at a historically black medical college in Nashville, telling several hundred people that she’s “looking forward” to debating any one of the Republican candidates, should she capture the Democratic nomination.

Clinton aides say they remain focused on the upcoming primary contests and do not see any benefit in further expanding the critique of Trump. Instead, they prefer to let Republicans — locked in an increasingly nasty intra-party feud — levee the attacks for them.

“She focuses wholeheartedly on whatever contest is in front of her,” said communications director Jen Palmieiri.”She’s going to run the whole race.”

Clinton’s team feels fairly confident about the southern contests that make up a large swath of the 865 delegates up for grabs in 11 states and American Samoa on Tuesday. Black voters powered Clinton to victory in South Carolina, with 8 in 10 voting for her.

Sanders spokesman Michael Briggs said Sanders is looking to Super Tuesday and beyond, saying they were “just beginning this process.”

During an interview on NBC’s Meet the Press Sunday, Sanders acknowledged he was “decimated” by Clinton, who won by roughly 50 percentage points in South Carolina.

But that clobbering has not shifted Sanders message at all. His Oklahoma speech was packed with his typical pledges to provide single-payer health care and free college tuition, to reform the criminal justice system and protect the environment.

“When you talk about making a political revolution, what it means is we’re going to change the political culture,” he said.