Rogers: Secret Service has to up game

Rogers: Secret Service has to up game 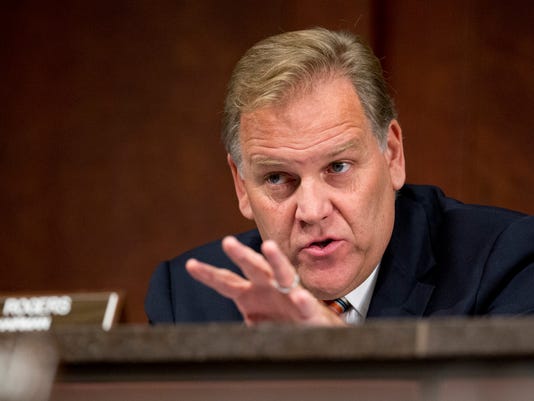 Washington — The chairman of the House Intelligence Committee says the U.S. Secret Service needs to improve its performance in the wake of a fence jumper who made his way inside the White House on Friday night before he was arrested.

Rep. Mike Rogers, R-Brighton, said the incident — in which a 42-year-old Texas man was tackled with a pocket knife after sprinting 70 yards and entering the unlocked North Portico door to the White House — showed the agency needs to conduct more internal checks.

"They are not doing their audits, their checks, their test runs to make sure that people are up to the right standard," Rogers, a former FBI agent, said Sunday on CBS' "Face the Nation."

A big problem for a security force is "atrophy of concern," he said. The Secret Service called the incident "unacceptable" and pledged a full review.

"It's just a matter of the Secret Service upping their game to make sure that they can maintain — that every detail matters — a door locked, a quick reaction when somebody hits the fence and over the gate," Rogers said. "I think they are going to need to reinstate some of these ongoing checks about what activities they participate in."