Pope Francis says even popes need women and can sustain “healthy, holy” friendships with them 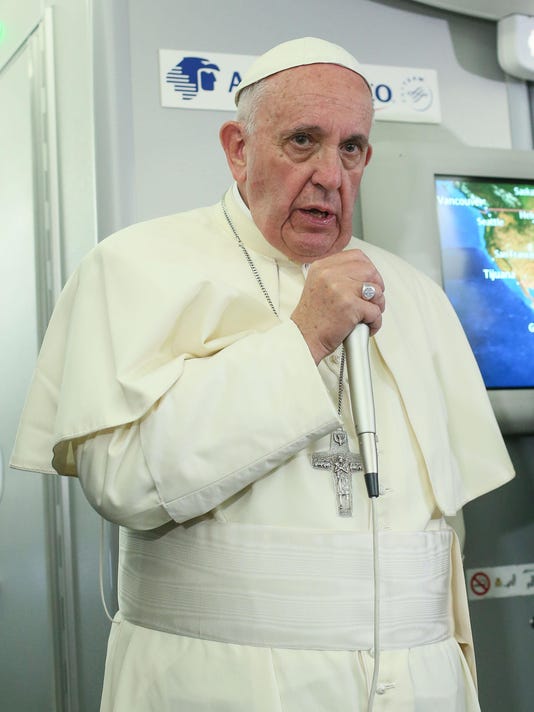 Aboard the Papal Plane — Pope Francis says even popes need women and can sustain “healthy, holy” friendships with them.

Francis was asked en route home from Mexico on Wednesday about reports of a close friendship between St. John Paul II and a philosopher, Anna Teresa Tymieniecka, that emerged from their correspondence. Officials at Poland’s National Library who have read the letters say they indicate that she may have been in love with John Paul but that the pope kept the relationship on a friendly and intellectual level.

Francis said he knew of their friendship and that, in general, any man who is unable to have a good friendship with a woman “is missing something.”

Francis said he himself values the advice of women since they “look at things in a different way” than men do.

“But the pope is a man,” he continued. “And the pope, too, has a heart that can have a healthy, holy friendship with a woman.”

Francis acknowledged, though, that the church still hasn’t figured out how to value women.

“We have not understood the good that a woman can do for the life of a priest and of the church in the sense of counsel, help, of healthy friendship,” he said.

Francis has something of a mixed record on women’s issues. From the start he has said the church needs more women in governance positions, but three years into his pontificate, few if any have been appointed to high-level Vatican positions. Francis has ruled out women’s ordination, and on occasion has sounded tone deaf in speaking about women. He once called Europe a “barren grandmother,” urged nuns not to be “old maids” and praised new female members of the world’s most prestigious theological commission as “strawberries on the cake.”

His comments about the positive aspects that a “healthy, holy” friendship with women can bring even to celibate priests in many ways breaks a taboo. Francis noted that there have been famous friendships in the course of church history — St. Francis and St. Clare of Assisi, John of the Cross and Teresa of Avila.

“Do not be frightened,” he said.