Ramadan: A time to rejuvenate

As the holy month of Ramadan begins for him and other Metro Detroit Muslims, Babar Qadri has noted among followers the same devotion but different begins. 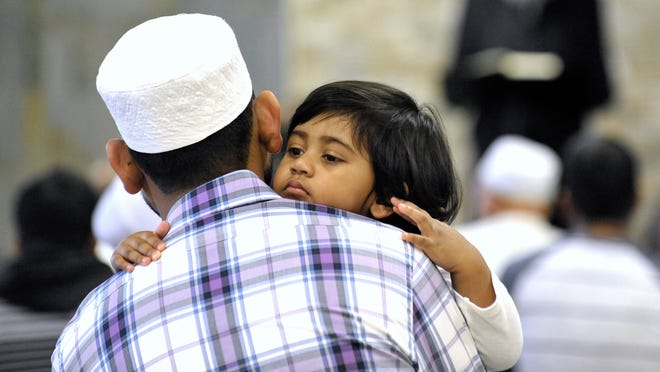 Amid extremist violence abroad and nationwide spikes in anti-Islam sentiment, some have urged the Warren resident to exercise caution while pursuing the prayers and gatherings that mark the sacred period.

Yet for others eager to attend the community dinners his group, Muslims Building Bridges, plans in the next four weeks at area mosques, the time reveals another opportunity.

“Kids are saying: ‘We’re Muslims. This is the only month where we can really get to zone in hardcore on our spirituality and other people know it. We’re going to take advantage of it and use it as a statement,’ ” Qadri said.

From Saturday through late June, Muslims across southeast Michigan are embarking on a quest to enrich their spiritual selves: praying constantly, fasting daily, reciting the Quran, devoting time to charitable deeds. And following months of rising hate crimes or targeting across the country, many worshipers see chances to fight the tide through Ramadan’s call to connect with neighbors.

“We ask our congregations to take full advantage of the month to rejuvenate their soul and spirit so they can be better prepared after Ramadan to serve the community even on a larger scale,” said Steve Mustapha Elturk, imam and president at the Islamic Organization of North America. “We encourage the people to remain resilient and hopeful and pray for peace and work for peace.”

Whether falling in times of turmoil or strife, Ramadan typically revolves around reflection, sacrifice and giving back.

The inner struggle through self-denial also accompanies a transformation in facing others and outside forces, said Imam Abdoulaye Ndaw, board president of Masjid Ibrahim in Ypsilanti. “We are more generous, more kind. It’s a month of building up your piety.”

Michigan sites also faced targeting. Within weeks of investigators probing a fire at a Washtenaw County mosque this year, the American Moslem Society in Dearborn received a threatening message.

Members responded with an open house. Now they’re inviting the public to an annual “Humanity Day” dinner on June 10 during which guests break their fast with Middle Eastern cuisine and discuss Ramadan’s significance. Attendees also have a chance to inquire about Islam.

“It’s all about education,” said Mosad Algahmi, a longtime outreach committee member. “When they come to the mosque and meet Muslims and see what we do and see what we believe in — we’re human beings just like themselves. They have a different impression.”

Though he launched the initiative with a goal of connecting followers across various divides, it has also drawn others who can learn more about Islam — an important development in today’s climate, said his wife, Fouzia Mallick, who also attends. “With everything that’s happening, we really need to strengthen who we are to non-Muslims around us and invite them to Ramadan. That is our goal: to bridge a road.”

Elturk’s mosque plans an iftar next week with interfaith, government and civic leaders. He recognizes, though, that the challenge is reaching out to others in the area who fear or reject Muslims.

“We hope that with time and networking and working with the interfaith community among others we can win their hearts,” he said.

Helping others is a central aspect of the holy month. As such, the Michigan Muslim Community Council annually leads the Ramadan Fight Against Hunger campaign, which gathers food for people in need throughout the area. Last year’s effort attracted more than 400 volunteers and netted about 50 tons of items, said Muzammil Ahmed, the group’s board chairman.

Interest is high in 2017 due to the political climate, he said, adding it also dovetails with the holy month. “It really is part of the spirit of Ramadan: understanding sacrifice, being thankful for what we have and having empathy for people who do not have all the privileges that we might. … Our faith and action are very much intertwined.”

For Parwin Anwar, who has loved Ramadan ever since she was a child in Afghanistan, the next four weeks are as much about embracing identity as relying on faith.

The Sterling Heights resident anticipates reading books about the holiday with her twin grandchildren, cooking a rice dish for other families, and reading the Quran. News of other hijab-wearing women facing harassment upsets her, but she trusts in God for strength and the rewards the holiday brings.

“It’s a beautiful, uplifting feeling,” she said. “You feel refreshed.”