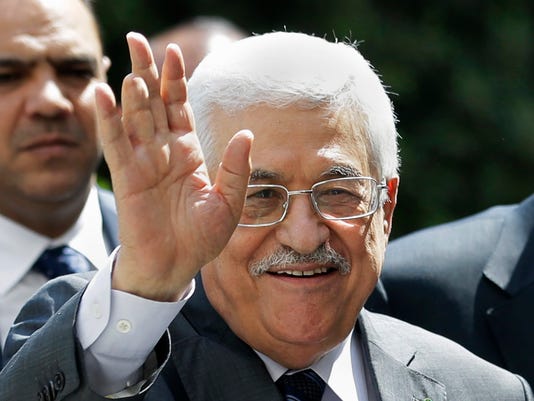 Cairo — Rival Palestinian factions Hamas and Fatah on Monday began reconciliation talks in Cairo, one day ahead of negotiations with Israel on cementing the Aug. 26 truce that ended a 50-day war in Gaza, according to Egyptian security officials.

The talks were being held behind closed doors at the Egyptian intelligence headquarters in the capital, Cairo, the officials said, speaking on condition of anonymity because they were not authorized to speak to the media. There was no media access to the negotiations.

Blame-trading between the long-time rival Palestinian factions has become more frequent since the end of the Israel-Hamas war in Gaza earlier this summer, a sign that an agreement on running the coastal territory — now under Hamas' control — is not within reach.

Before the war broke out, Western-backed Palestinian President Mahmoud Abbas, whose Fatah group is in control of the West Bank, had worked out a tentative agreement with Hamas under which he would head a temporary unity government of experts in both the West Bank and Gaza until new elections are held. However, major issues were left unresolved under that deal, including the fate of 40,000 government employees hired by Hamas in the Gaza Strip as well as control over Gaza's Hamas-dominated security forces.

Hamas was mired in a severe financial crisis when it struck the deal, but has become emboldened since the end of the summer war because fighting Israel boosted its popularity among Palestinians.

Abbas, in turn, refuses to make concessions to Hamas and insists on sweeping powers in Gaza, said an aide, Azzam al-Ahmed.

Failure to establish an Abbas-led government in Gaza will harm the territory's post-war reconstruction efforts. Egypt is hosting a pledging conference for Gaza on Oct. 12, but donor countries will likely hold back if Hamas — shunned by the West as a terror group — refuses to step aside.

The Hamas and Fatah rivalry boiled over in 2007, when Hamas militants seized power in Gaza, leading to bitter fighting between the two factions.

Egypt, which played a key role in brokering the truce that ended the Gaza war, is to host a brief round of indirect talks in Cairo on Tuesday between an Israeli and a Palestinian delegation — the latter including Hamas members — on stable border arrangements for Gaza. Israel and Egypt have enforced border closures to varying degrees since the Islamic militant group seized Gaza from Abbas in 2007.

The blockade has prevented most exports from Gaza and kept the vast majority of the territory's 1.8 million Palestinians confined to the tiny territory on the Mediterranean.

Israel and Hamas have fought three wars since late 2008. The last war one, in July and August, killed more than 2,100 Palestinians — roughly three quarters of them civilians and including more than 500 children — and wounded 11,000 people. The war also left some 100,000 homeless. Seventy-two people were killed on the Israeli side, including six civilians.

Since the end of the fighting, the truce has held and neither side appears eager to resume the conflict. But a failure to find a long-term solution for Gaza could plunge the region into more uncertainty. Hamas has used rocket fire at Israel as a means of political pressure. Israeli leaders say they will not tolerate attacks from Gaza and will retaliate harshly.

There are other major gaps. Hamas has rejected demands to disarm — Israel's prerequisite for lifting the blockade. Both Israel and Egypt view Abbas as a guarantor of any new Gaza deal. It is unlikely Egypt would ease restrictions at its Rafah border crossing with Gaza unless forces loyal to Abbas are deployed there.

The No. 2 figure in Hamas — Moussa Abu Marzouk — has said his group does not want war, but suggested more fighting is inevitable if the blockade remains.