Snowden gets with 'alternative Nobel'

Snowden gets with 'alternative Nobel' 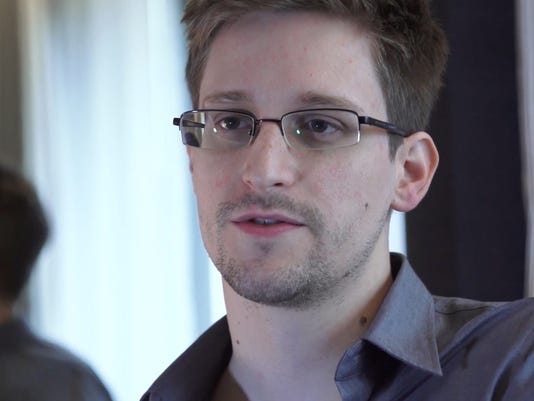 Stockholm — Edward Snowden was among the winners Wednesday of a Swedish human rights award, sometimes referred to as the "alternative Nobel," for his disclosures of top secret surveillance programs.

The former National Security Agency contractor split the honorary portion of the 2014 Right Livelihood Award with Alan Rusbridger, editor of British newspaper The Guardian, which has published a series of articles on government surveillance based on documents leaked by Snowden.

Created in 1980, the annual Right Livelihood Award honors efforts that prize founder Jacob von Uexkull felt were being ignored by the Nobel Prizes.

Foundation director Ole von Uexkull — the award creator's nephew — said all winners have been invited to the Dec. 1 award ceremony in Stockholm, though he added it's unclear whether Snowden can attend.

"We will start discussions with the Swedish government and his lawyers in due course to discuss the potential arrangements for his participation," von Uexkull told The Associated Press.

Snowden, who has reportedly also been nominated for the Nobel Peace Prize, remains exiled in Russia since leaking top secret NSA documents to journalists last year. He has been charged under the U.S. Espionage Act and could face up to 30 years in prison.

The announcement had been set for Thursday but it was communicated early after a leak to Swedish broadcaster SVT. Also, the foundation had been denied access to the Swedish Foreign Ministry's media room, where it has announced the awards since 1995, von Uexkull said.

He said the ministry cited security concerns but added that he believed the decision was linked to the fact that Snowden was among the laureates.

The award foundation cited Snowden's "courage and skill" in revealing the extent of government surveillance and praised Rusbridger "for building a global media organization dedicated to responsible journalism in the public interest."