Japanese robot with ‘heart’ to go on sale

Technology company Softbank’s Pepper robot is going on sale in Japan on Saturday.

Japanese robot with ‘heart’ to go on sale 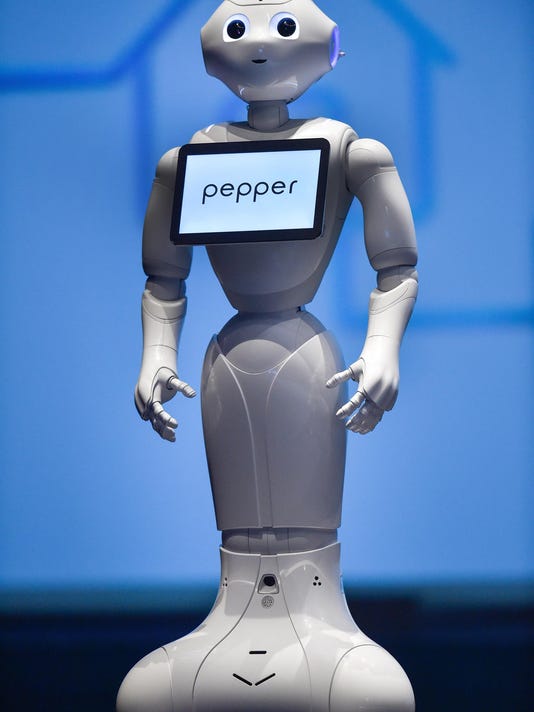 Pepper the robot will develop its own personality of sorts, depending on how people interact with it.(Photo: Koki Nagahama / Getty Images)

Urayasu, Japan — Technology company Softbank’s Pepper robot is going on sale in Japan on Saturday, equipped with a “heart” designed to not only recognize human emotions but react with simulations of anger, joy and irritation.

The robot, which has no legs and moves on wheels, was shown to reporters and guests at a Tokyo area theater Thursday. It’s 48 inches tall and weighs 62 pounds, has a hairless head and moving arms. It went through a year of software development after being announced.

It glided proudly on to the stage, conversed with celebrity guests, did a dance, sang a birthday song and demonstrated how it could record family life in photos, and serve as a companion. It appeared to respond with joy when it was praised or stroked.

Softbank Corp. CEO Masayoshi Son said the company was preparing for a global sales launch with partners Alibaba Group of China and Foxconn of Taiwan.

Details of when and where it will go on sale outside Japan were still undecided. But Son said the first overseas sales will likely happen next year, with test sales set for later this year. It sells for $1,600 in Japan and 1,000 of the robots will be available each month.

A monthly service fee costs $120, and maintenance insurance another $80. Son hopes to turn the business into the black within five years.