Buckingham Palace needs repairs; queen may have to leave

Buckingham Palace needs repairs; queen may have to leave 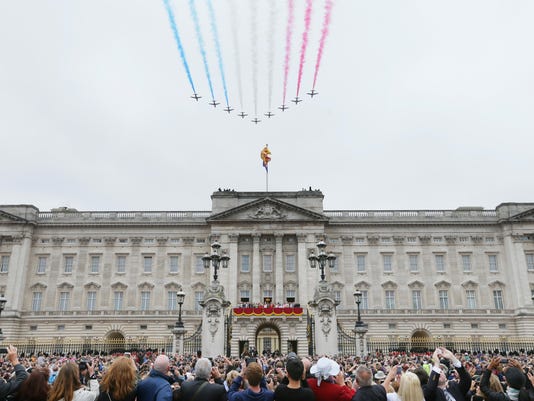 Queen Elizabeth II may have to move out of Buckingham Palace during much-needed renovations to the residence, which has not been substantially redecorated since she took the throne in 1952, royal officials said Wednesday June 24, 2015.(Photo: Tim Ireland / AP)

London — Queen Elizabeth II may have to move out of Buckingham Palace during much-needed renovations to the residence, which has not been substantially redecorated since she took the throne in 1952, royal officials said Wednesday.

Officials say the palace needs an estimated 150 million pounds ($237 million) of renovation and upgrades, including replacing old plumbing and wiring and removing asbestos. Having her move out during the work is one option being considered.

The queen has several other residences but spends about a third of her time in the London palace, which was first used by her ancestor Queen Victoria. It is the site of summer garden parties and scores of ceremonial events each year.

Keeper of the Privy Purse Alan Reid said maintenance on aging royal buildings, “and in particular Buckingham Palace, will present a significant financial challenge” in the next few years.

Annual accounts published Wednesday showed that the monarchy costs taxpayers 35.7 million pounds in the year to March 31, the equivalent of 56 pence per person. That was unchanged from the year before.

The queen, who turned 89 in April, has cut back on her public duties but still undertook 196 public engagements during the year. She’s in Berlin on Wednesday, along with Prince Philip, at the start of a three-day state visit to Germany.