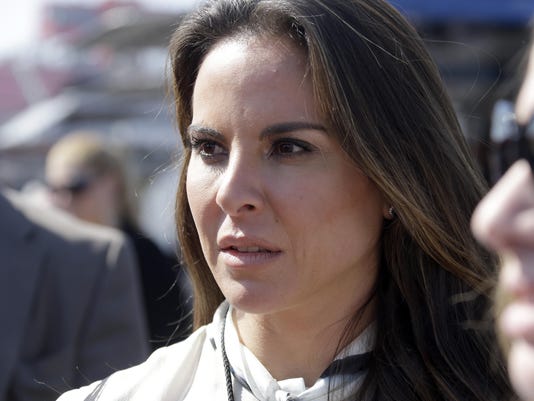 Arely Gomez told the newspaper El Universal that officials are investigating possible money laundering involving the actress’ tequila business. But she said they don’t have “legal certainty” a crime was committed.

Del Castillo arranged Penn’s Oct. 2 interview with Guzman, which was published by Rolling Stone magazine on Jan. 9, a day after the fugitive Guzman was recaptured.

Gomez said officials want to question del Castillo, possibly at a Mexican consulate in the United States, where she lives.

“We have an investigation in the tequila case,” Gomez said, adding that information leads officials to believe the leader of the Sinaloa drug cartel gave funds to that business.

Gomez said Penn was not under investigation for any crime.

Del Castillo hasn’t replied to requests for comment. On Twitter, she said last week that many people are making up “items they think will make good stories.”

Authorities say the meeting between Penn, del Castillo and Guzman helped them locate the drug lord, though he managed to escape capture at that time. Three months later, Mexican marines raided a safe house in the city of Los Mochis and Guzman was arrested after fleeing through a storm sewer.

Guzman is being held in the same maximum security prison he escaped from through a mile-long tunnel in July.

“We have to make sure who provided the airplane, who paid for it, all of the logistics of the trip,” Gomez said.

Guzman is facing extradition to the U.S. Gomez said Mexico had decided to extradite Guzman, though other officials have said the process could take months.