Prince George, who is third in line to the throne, marks his third birthday 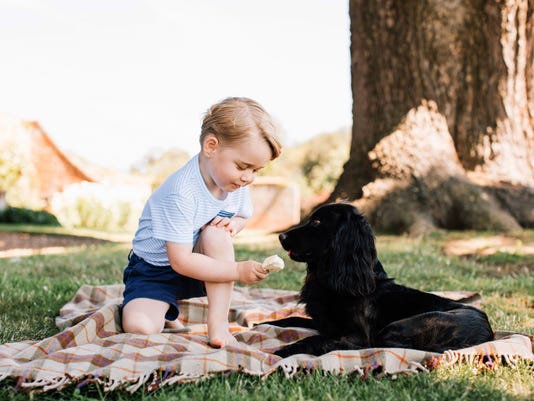 Prince William and his wife Kate have released new photos of their son, Prince George, to mark his third birthday.

The photos distributed Friday show George, who is third in line to the throne, playing on a swing and sitting with the family pet, a dog named Lupo.

Recent photo of Prince George issued on Friday by William and Kate, the Duke and Duchess of Cambridge. (Photo: Matt Porteous, AP)

The four photos were taken earlier this month at the family’s country home.

George is behind his grandfather, Prince Charles, and his father William in the line of succession.