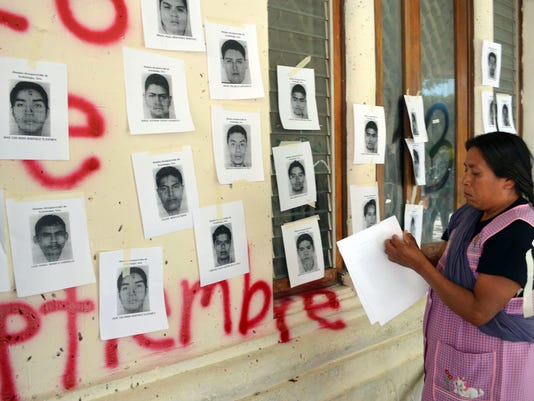 Mexico City — Mexico’s Attorney General’s Office wants to perform a new forensic examination of a garbage dump where it has maintained that 43 missing students were incinerated by a drug gang two years ago, the special prosecutor for the case said Thursday.

Alfredo Higuera told The Associated Press that the students’ families would have to agree to what would be the fifth analysis of the dump in Cocula, in the southern state of Guerrero. He said it could definitively clarify a “controversial” issue.

Investigators are not married to any single theory about the fate of the students from the Rural Normal School at Ayotzinapa, Higuera said in an interview. The previous attorney general had called the dump-fire theory a “historic truth.”

That hypothesis has been rejected by the families and discredited by international experts.

Authorities have said the students were intercepted by police in Iguala while hijacking buses on Sept. 26, 2014. They were then turned over to members of the Guerreros Unidos gang who allegedly killed and incinerated them. Their remains were allegedly dumped in a nearby river. Only one bone fragment was positively linked to one of the students.

“What we’re interested in is being able to figure it out with the help of science what happened there, because there is no other way” to do it, Higuera said.

Some new details accepted by the Attorney General’s Office contradict findings of former Attorney General Jesus Murillo Karam. For example, previously the government had said the students’ cellphones were burned with them. However, Higuera said that some of the students’ phones remained in use after Sept. 27, possibly in the hands of those responsible for their disappearance.

This information has given investigators leads about possible routes the attackers used once they had the students. That has led them to about 40 locations where they will soon launch new searches for hidden graves.

Higuera also said the FBI is assisting Mexican authorities in analyzing some of the surveillance video recording devices to see if they were manipulated.