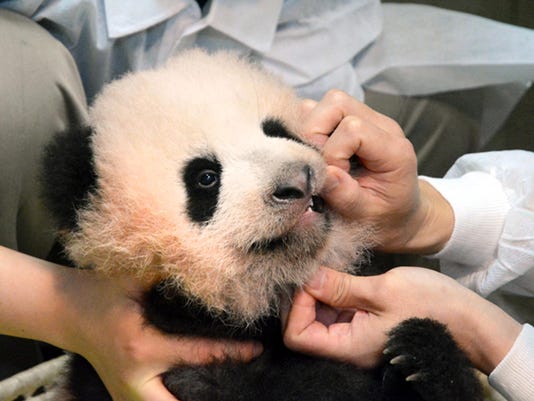 The baby giant panda now has a name: Xiang Xiang in Chinese, or Shan Shan in Japanese, announced on Monday, Sept. 25, 2017. The name, whose Chinese characters mean fragrance, is chosen from more than 320,000 candidates from the public and was also approved by the Chinese authorities.(Photo: AP)

The name, whose Chinese characters mean fragrance, was chosen from more than 320,000 suggestions and was approved by Chinese authorities.

The Ueno Zoo in Tokyo says the panda is healthy and growing rapidly. She now weighs 13 pounds and measures 26 inches long, nearly twice as big as she was a month ago, according to the latest measurement marking the 100th day since birth.