FAKE NEWS! A look at what didn’t happen this week

A roundup of some of the most popular but completely untrue headlines of the week.

FAKE NEWS! A look at what didn’t happen this week 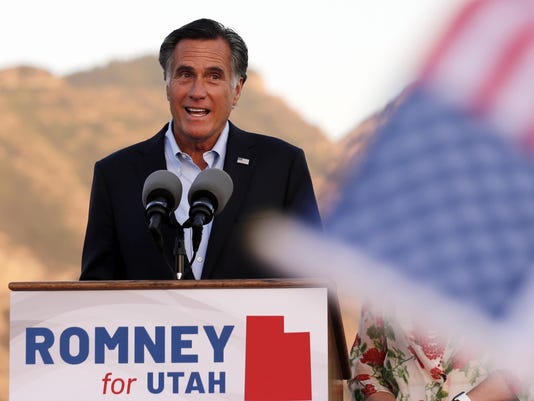 A roundup of some of the most popular but completely untrue headlines of the week. None of these stories is legit, even though they were shared widely on social media. The Associated Press checked these out. Here are the real facts:

Not real: “Mitt Romney: ‘Trump has some very serious emotional problems, he must resign before we…’

The facts: Mitt Romney did not say Trump should resign over sexual harassment allegations despite what an article circulating online suggests. The article, published on a website made to mimic a regional newspaper, claims Romney, who is running for a U.S. Senate seat in Utah, made the comments during an appearance on CNN’s “AC360,” an apparent reference to “Anderson Cooper 360.” Romney is quoted as saying: “I think you’ve got a president who has some very serious emotional problems.” But Romney didn’t make the comments, Vermont Sen. Bernie Sanders did during an appearance on Cooper’s show in December. Shimrit Sheetrit, public relations director for the show, said that “Mitt Romney hasn’t been on our show in many months.”

Not real: “I am sending troops to South Africa, and they will not leave until the killings stop and the land issue is resolved,” Donald Trump 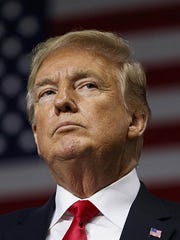 The facts: President Donald Trump did not say that he would send troops to South Africa and keep them there “until the killings stop and the land issue is resolved,” despite reports circulating online. The reports, which appear to have originated on a South African satire site, are now being shared more widely on Facebook. The false information follows a tweet by Trump on Wednesday saying his administration would look into seizures of white-owned farms and the “large scale killing of farmers.” Trump tweeted after Fox News host Tucker Carlson claimed South Africa President Cyril Ramaphosa had already started “seizing the land from his own citizens without compensation because they are the wrong skin color.” An AP Fact Check found the number of murders on farms is down from 2001-02 when police recorded 140 farm killings. South Africa has been looking into land expropriation and redistribution to black farmers as a way of righting the injustices of apartheid. No legislation has been put forward and there have been no government seizures of agricultural land.

Not real: WestJet not giving out free coupons

The facts: WestJet Airlines is not giving out two free tickets to celebrate its birthday despite an offer circulating on social media. The scam asks users to fill out a survey to receive a pair of 332 remaining tickets. Afterward, users are asked to share the ad and type “Thanks for tickets #Westjet!” in the comments field. It then says users can click the “Claim Now” button to enter their personal details. The advertisement “is not a legitimate offer,” WestJet spokeswoman Morgan Bell told The Associated Press in an email.