Afghanistan: US troop withdrawal to have little impact

Afghanistan: US troop withdrawal to have little impact 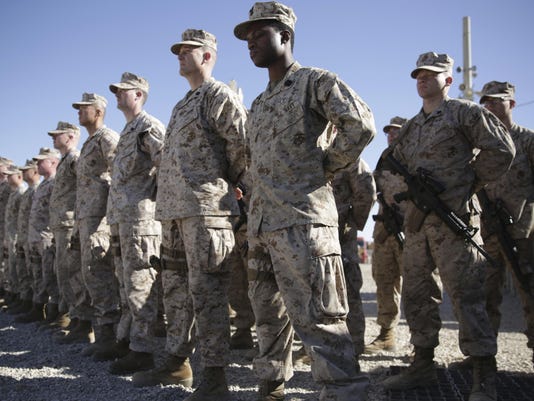 Kabul, Afghanistan – The withdrawal of half of the 14,000 U.S. troops serving in Afghanistan will have little impact on the fighting capacity of the Afghan National Security Forces, the spokesman for President Ashraf Ghani said Friday.

Haroon Chakansuri was responding to reports the Pentagon is developing plans to withdraw 7,000 American soldiers by the summer. He said Afghanistan’s military has been in charge of the country’s security since 2014 when more than 100,000 NATO troops withdrew. Since then, U.S. forces have provided training and advice, assisting in military operations only when requested by Afghan troops.

However, the Taliban are stronger today than they have been since their ouster in 2001. They control or hold sway over nearly half the country, carrying out near daily attacks that mostly target Afghan security forces.

A Taliban official, who did not want to be identified because he wasn’t authorized to speak to the media, called the planned withdrawal a “positive step” that can aid efforts at a negotiated end to the fighting.

Since leading the multi-nation invasion of Afghanistan in 2001, the U.S. has lost more than 2,400 soldiers and spent more than $900 billion in its longest war

U.S. officials, who revealed the Pentagon planning for a gradual withdrawal from Afghanistan, spoke on condition of anonymity to discuss internal deliberations.

In recent months, there has been a renewed effort to make progress on peace talks with the Taliban. Officials now worry that any move to withdraw U.S. troops this year could dampen those prospects and encourage the Taliban to wait it out until they can take advantage of the gaps when U.S. forces leave.

For many Afghans there is a mixed reaction to the presence of U.S. and NATO troops. Many fear their departure believing it will strengthen the Taliban, yet criticize their presence as having done little to improve the security situation, which has deteriorated in recent years.