US ‘will not back down’ in Iran nuclear dispute, Pence says

Vice President Mike Pence says the U.S. is open to talks with Iran but “will not back down” amid heightened tensions with the Islamic Republic

US ‘will not back down’ in Iran nuclear dispute, Pence says

Washington – Vice President Mike Pence says the U.S. is open to talks with Iran but “will not back down” amid heightened tensions with the Islamic Republic. 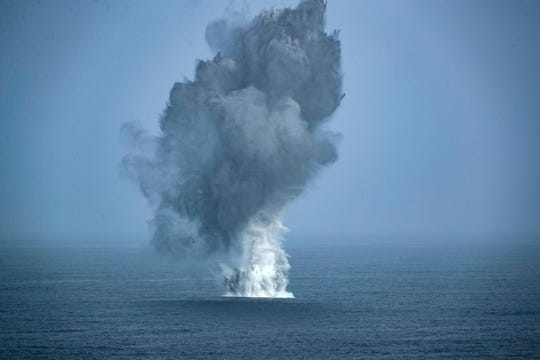 Pence is speaking to a pro-Israel Christian organization in Washington on Monday, as Iran says it has begun enriching uranium beyond limits set by a 2015 agreement.

The vice president says in prepared remarks that the U.S. does not seek war with Iran but will continue to oppose what he called the Islamic Republic’s “malign influence” in the world. He says the U.S. would “never allow Iran to obtain a nuclear weapon.”

President Donald Trump has put increasing pressure on Iran after withdrawing from an agreement between Iran and world powers that imposed restrictions on its nuclear program in exchange for sanctions relief.