Polls show Gantz’s centrist party in a near tie with Netanyahu’s right-wing Likud, with each winning around 30 parliamentary seats.

While Netanyahu’s bloc, consisting of his traditional political allies, is forecast to secure several more seats than Gantz’s grouping, that could change if Blue & White is joined by Avigdor Liberman, whose party’s predicted to take 10 seats. 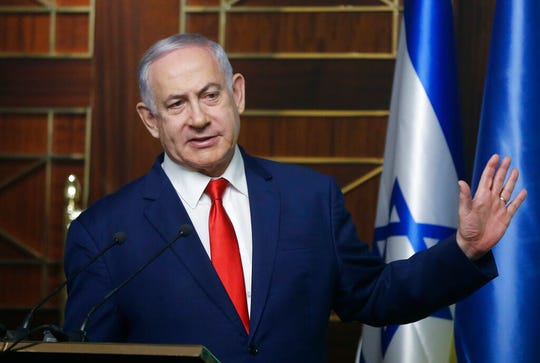 “I say this sadly but today it is official, Liberman transfers votes from the right to the left,” Netanyahu said in a statement issued by his office. “Only a large Likud under my leadership will prevent a left-wing government.”

Netanyahu called a snap reelection in May after Liberman refused to join his cabinet following elections. The next ballot is set for Sept. 17.

Yonatan Freeman, a political scientist at Hebrew University, said that while the agreement between two secular parties made sense, Liberman has indicated he wants a unity government of all main factions.

Liberman “has said that his dream government is really Liberman, Blue & White and Likud,” he said.