The honeymoon is over for Ukraine’s president

For the first time since President Volodymyr Zelenskiy took power this year, more Ukrainians say the country is headed in the wrong direction than not

The honeymoon is over for Ukraine’s president

For the first time since President Volodymyr Zelenskiy took power this year, more Ukrainians say the country is headed in the wrong direction than not, according to the latest poll on his performance.

With voters clamoring for change, the political novice scored a landslide victory in spring elections. He then enjoyed approval ratings that at one point exceeded those of Vladimir Putin in neighboring Russia.

But things have begun to go awry. About 39% of people polled this month say Ukraine is off course compared with 36% who hold the opposite opinion, a survey by the Democratic Initiative Fund and the Kyiv International Institute of Sociology found.

While a margin of error of as much as 2.3 percentage points could mean opinion is about equally split, the latter figure is down from 50% in August.

Ukrainians’ priorities are to stop the war with Kremlin-backed fighters in the country’s east, raise living standards, cut tariffs, punish corrupt officials and reduce the influence of big businessmen on politics. 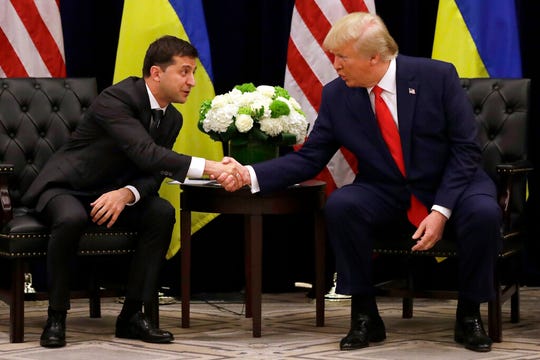 Here’s how they view current policies: 75% support peace talks with Putin while 15% are against59% back the withdrawal of troops in the conflict zone while 26% oppose it58% oppose removing a moratorium on farm-land sales while 24% support the ideaPrivatization of large state companies is opposed by 55% and backed by just 22% The Nov. 4-19 poll, released Monday, was among 2,041 people.