A bill drafted by lawmakers in Merkel’s ruling coalition stipulates that German authorities should be able to exclude “untrustworthy” 5G equipment vendors from “core as well as peripheral networks.” That goes beyond previous calls that sought to ban the Chinese firm from the more sensitive core network alone. 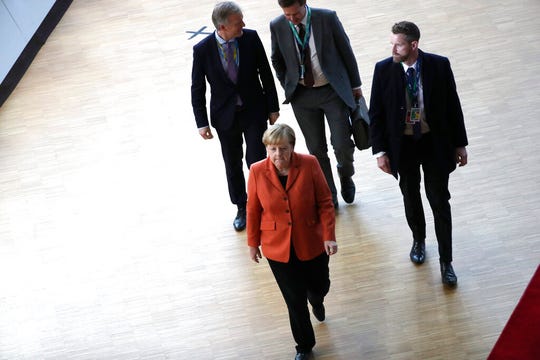 While the draft doesn’t explicitly name Huawei, it’s tailored to the Chinese company and comes after months of debate about 5G security.

The effort in the Bundestag, Germany’s lower house of parliament, is a major challenge to Merkel’s attempts at balancing security considerations over 5G with Germany’s delicate economic ties with China. Hawks in her government, including German intelligence agencies and the Interior Ministry, have warned that Huawei’s ties to the government in Beijing pose a security risk. Huawei has repeatedly denied allegations over espionage and sabotage.

The draft legislation obtained by Bloomberg News says that security guidelines set out by Merkel’s government, which include a certification process and a declaration of trustworthiness, don’t go far enough. The political and legal environment in a vendor’s country of origin must also be taken into account, the draft says in a direct allusion to China.

– With assistance from Stefan Nicola.