The number of officially diagnosed coronavirus cases in the Chinese province of Hubei surged by 45% to nearly 50,000

The number of officially diagnosed coronavirus cases in the Chinese province of Hubei surged by 45% to nearly 50,000 after the Hubei provincial government began adding cases that were confirmed via imaging scans, alongside those confirmed with the previous method of nucleic acid testing kits.

The abrupt spike reversed the declining growth trend of previous days and shocked the markets: U.S. stock futures retreated along with the offshore yuan, and the yen gained. 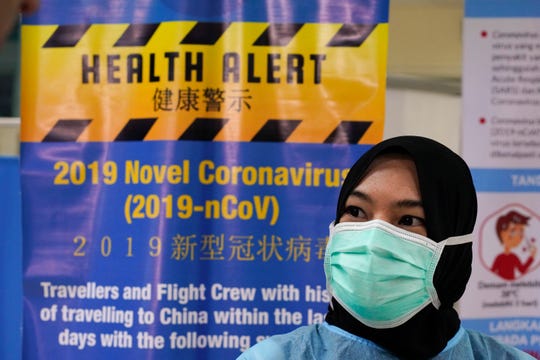 In a statement on Thursday morning, the Hubei national health commission said it would now start including cases confirmed by “clinical diagnosis,” which refers to using CT imaging scans to diagnose patients.

Previously, many patients with pneumonia-like symptoms found via CT scans could not be diagnosed as positive without an additional nucleic acid test.

Hubei province is the epicenter of the outbreak and its health-care facilities are at breaking point. After waiting in line for hours to get nucleic acid tests, people are usually turned away from hospitals if they test negative, even if other symptoms like fever and coughing are apparent.

Of 14,840 new cases, 13,332 are from the new category of clinical diagnosis using CT scans, said the statement. The death toll in Hubei rose by 242, of which 135 cases are from the new method of diagnosis, it said.

It is unclear over which time period the number of cases in the new category were detected.

The spike in number – and the implication that thousands of cases had previously not been disclosed by Hubei province – will likely intensify public anger against the government’s handling of the crisis. Both local and central government officials have been accused of delaying information about the new virus in the early days of the epidemic and eight local doctors who tried to spread the news of the pathogen were reprimanded by local authorities, only to be later vindicated by the country’s Supreme Court.