Port Moresby, Papua New Guinea – The former prime minister of Papua New Guinea has been arrested and taken in for questioning over alleged misappropriation and corruption involving the purchase of two generators from Israel.

Peter O’Neill was arrested by police at Jackson’s International Airport in Port Moresby on Saturday after flying back from Brisbane, Australia, where he had been stranded because of COVID-19 lockdowns. He was later released on bail and will spend two weeks in isolation at his home due to the same virus restrictions. 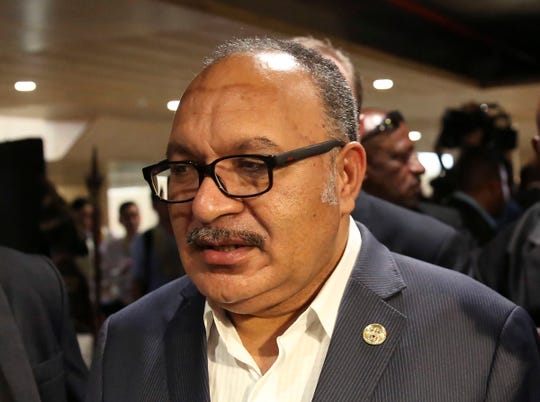 O’Neill led Papua New Guinea for seven years before quitting in 2019 after a number of resignations from his government.

Police said the investigation involves the purchase of the two power generators from Israel for 50 million kina ($14.2 million) when O’Neill was leading the country.

In a statement quoted by the Australian Broadcasting Corp., police official Hodges Ette alleged O’Neill directed payments for the purchase of the generators without approval of parliament and without a tender process. Ette said police believe “there is reasonable evidence of offenses of misappropriation, abuse of office and official corruption.”

Police attempted to arrest O’Neill in October over a different issue but they withdrew the charge when O’Neill challenged its validity in court.