London – Britain moved to further ease lockdown restrictions on Monday despite warnings from some health officials that the risk of spreading COVID-19 was still too great.

Business Secretary Alok Sharma told the BBC that the government is taking action in phases to ease restrictions first put in place since March 23. But many are worried, as infection rates remain high.

“This is not a dash,″ Sharma said. “These are very cautious steps that we are taking.″

Some schools are reopening in England and some social restrictions have been relaxed, allowing people to have limited contact with family and friends as long as it is done outdoors and with social distancing. Scotland, Wales and Northern Ireland are also easing lockdowns, in slightly different ways.

Restrictions on vulnerable elderly people and those with some underlying health conditions – who have been asked to remain indoors and stay away from other people since March –have also been eased as the government moves to restore some normalcy in daily life and to revive the economy. 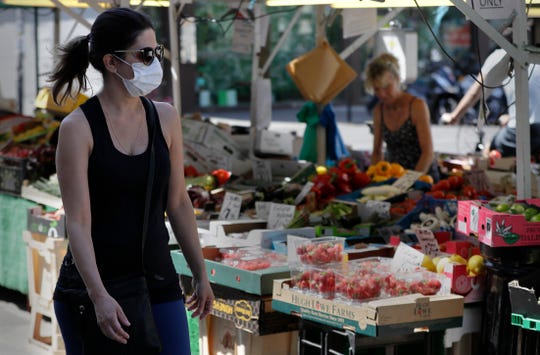 But the decision, announced Saturday during a Downing Street briefing, was delivered with so little detail that many people who have not left their homes since March have been left to wonder whether it is really so safe now.

Britain’s official coronavirus death toll stands at 38,489, the second-highest in the world after the United States, and about 2,000 new cases of the virus are still being confirmed each day.

Open air markets and car showrooms are among the businesses being allowed to re-open on Monday. Some sporting events such has horse racing will be staged behind closed doors.

But some see the moves as being hasty, with very little explanation on why the public should trust the official advice that it is time to ease restrictions. A debate has raged for weeks as to whether Prime Minister Boris Johnson’s government is being guided by science or the expediency to restart the economy.

The Association of Directors of Public Health has warned that the government is moving too fast and that it isn’t ready to meet the challenges that will follow with the easing of restrictions.

Its president, Dr. Jeanelle de Gruchy, told the BBC that programs meant to vigorously track and trace COVID-19 cases must be up and running at full speed for restrictions to be eased.

“We’re not feeling just yet that we’re confident enough to meet any potential challenge if the government goes too quickly on easing lockdown measures,” she said.