World leaders slap sanctions on the Kremlin over invasion 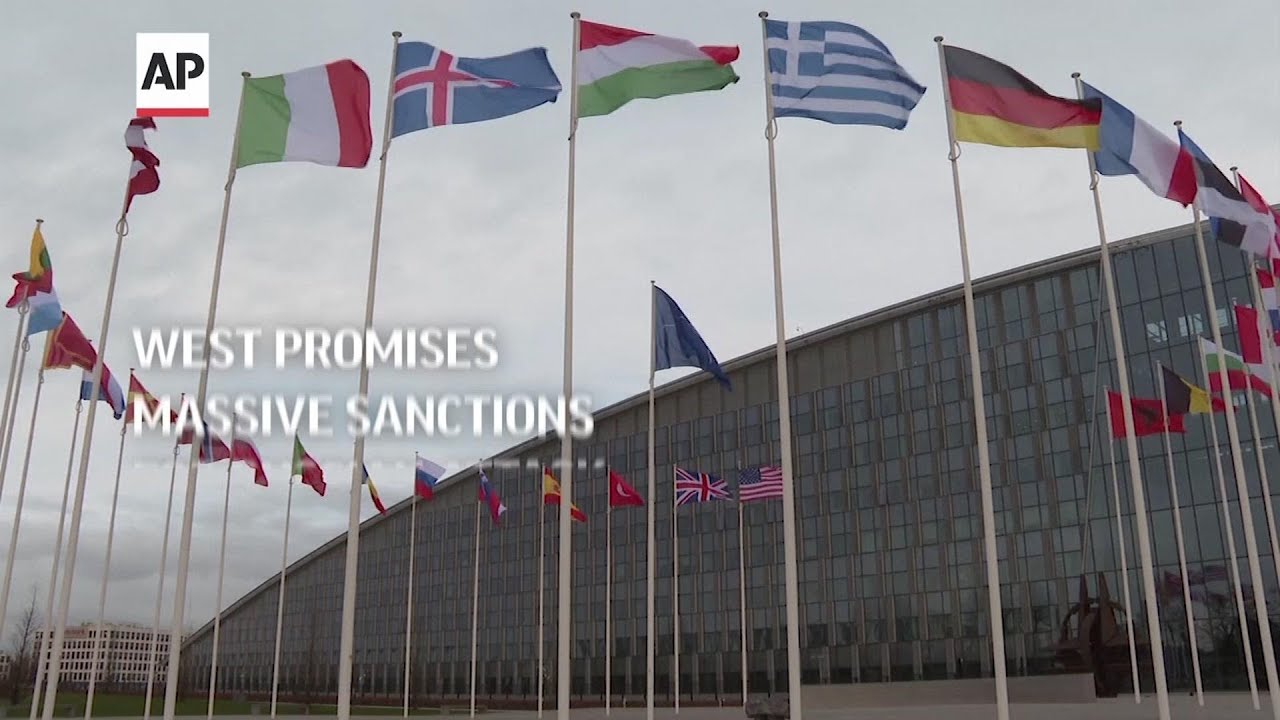 “Putin chose this war, and now he and his country will bear the consequences,” U.S. President Joe Biden declared.

In near-unison, the United States, the 27-nation European Union and other Western allies announced a round of punitive measures against Russian banks and leading companies and imposed export controls aimed at starving the country’s industries and military of semiconductors and other high-tech products.

From the U.S. to Western Europe and Japan, South Korea and Australia, nations lined up to denounce the Kremlin as the outbreak of fighting raised fears about the shape of Europe to come. The invasion initially sent stocks slumping and oil prices surging on fears of higher costs for food and fuel.

The West and its allies showed no inclination to send troops into Ukraine – a non-member of NATO – and risk a wider war on the continent. But NATO reinforced its member states in Eastern Europe as a precaution against an attack on them, too.

More: The latest on the Russia-Ukraine crisis

Live: Updates from the Russia-Ukraine crisis as we get them

Subscribers: What analysts from ING to Eurasia are saying on Ukraine and Oil

“Make no mistake: We will defend every ally against any attack on every inch of NATO territory,” said NATO chief Jens Stoltenberg.

In the meantime, countries began taking steps to isolate Moscow in hopes of forcing it to pay so high a price that it changes course.

Biden, for now, held off imposing some of the most severe sanctions, including cutting Russia out of the SWIFT payment system, which allows for the transfers of money from bank to bank around the globe. Ukraine’s president called for Russia to be cast out of SWIFT, but the U.S. has expressed concern about the potential damage to European economies.

EU leaders held an emergency summit and agreed on sanctions that cover, among other things, the financial, energy and transport sectors and various Russian individuals. In a statement, the leaders said the measures will have “massive and severe consequences” for Russia.

The details will not become available until Friday at the earliest.

Dutch Prime Minister Mark Rutte said: “It is about the leadership of Russia and being merciless in finances and the economy.”

Johnson called the attack on Ukraine “hideous and barbaric” and said of Putin: “Now we see him for what he is – a bloodstained aggressor who believes in imperial conquest.”

Canada imposed sanctions that will target 58 people and entities, including members of Russia’s elite and their families, the paramilitary Wagner Group and major Russian banks. The punitive measures, announced after Prime Minister Justin Trudeau attended a virtual meeting of G-7 industrialized nations, will also cover members of the Russian Security Council, including key cabinet ministers.

In the days before the attack, Germany suspended approval of the Nord Stream 2 gas pipeline from Russia.

With Stoltenberg and Johnson, von der Leyen called the invasion a “barbaric” attack on an independent nation that threatened “the stability in Europe and the whole of the international peace order.”

The new U.S. sanctions also targeted the military and financial institutions of Belarus, Ukraine’s neighbor to the north. Russia is using Belarus as a staging ground for troop movements into Ukraine.

Separately, the U.N. is expected to vote Friday on a resolution condemning Russia and demanding the immediate withdrawal of all its forces. But Moscow is certain to veto the measure.

Highlighting a widening rift in superpower relations, China stood alone in failing to condemn the attack and instead accused the United States and its allies of worsening the crisis.

In a clear defense of Moscow, China “called on parties to respect others’ legitimate security concerns.”

Foreign Ministry spokesperson Hua Chunying said that “all parties should work for peace instead of escalating the tension or hyping up the possibility of war” – language China has consistently used to criticize the West in the crisis.

China went further and approved imports of wheat from Russia, a move that could reduce the impact of Western sanctions. Russia, one of the biggest wheat producers, would be vulnerable if foreign markets were closed off.

Oil prices climbed by more than $5 per barrel. Brent crude briefly jumped above $100 per barrel in London for the first time since 2014 over fears of a disruption of supplies from Russia, the No. 3 producer.

The possible repercussions extended well beyond economics and geopolitics. The director of the Africa Centers for Disease Control and Prevention worried that the crisis will further distract global attention from helping the world’s least vaccinated continent fight COVID-19.

Associated Press journalists around the world contributed to this report.