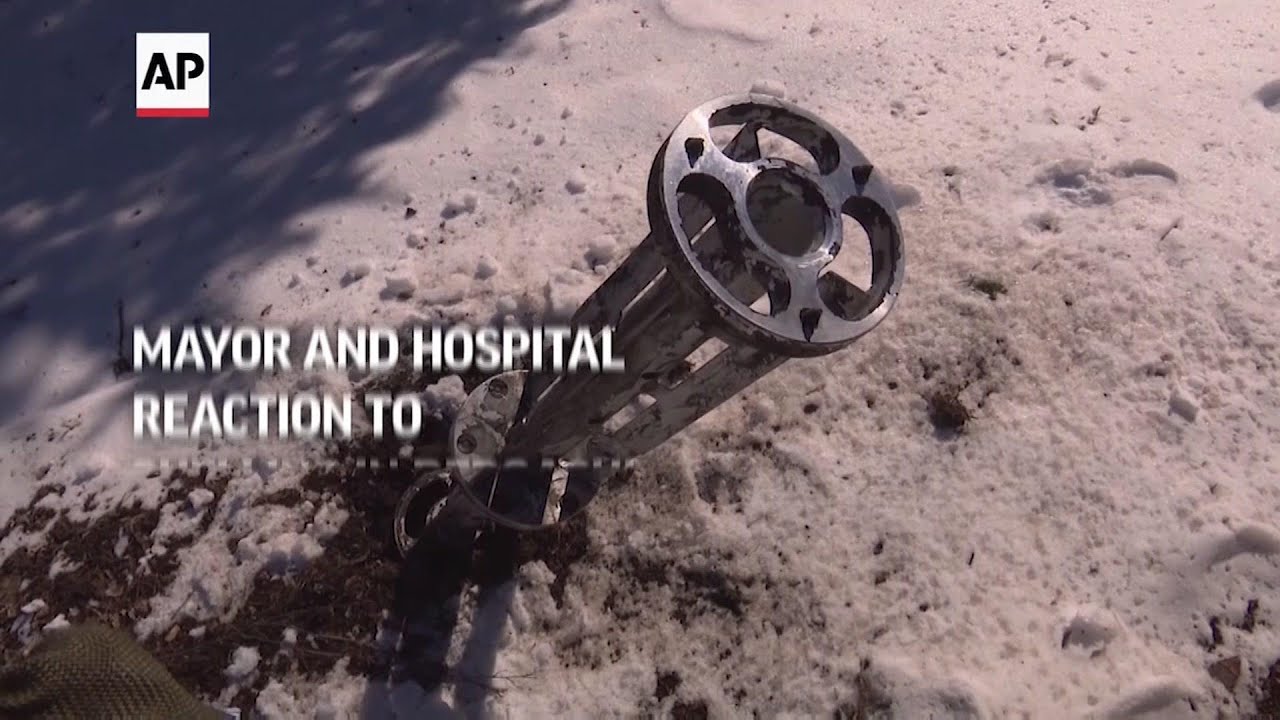 Lviv, Ukraine — Russian missiles pounded a military base in western Ukraine on Sunday, killing 35 people in an attack on a facility that served as a crucial hub for cooperation between Ukraine and the NATO countries supporting its defense. The barrage marked an escalation of Moscow’s offensive and moved the fighting perilously close to the Polish border.

The attack so close to a NATO member-country raised the specter that the alliance could be drawn into the fight and was heavy with symbolism in a conflict that has revived old Cold War rivalries and threatened to rewrite the current global security order.

More than 30 Russian cruise missiles targeted the sprawling facility, which has long been used to train Ukrainian soldiers, often with instructors from the U.S. and other countries in the Western alliance.

Poland is also a transit route for Western military aid to Ukraine, and the strikes followed Moscow's threats to target those shipments.

Since their invasion more than two weeks ago, Russian forces have struggled in their advance across Ukraine, in the face of stiffer than expected resistance, bolstered by Western weapons support. Instead, Russian forces have besieged several cities and pummeled them with strikes, hitting two dozen medical facilities and leading to a series of humanitarian crises.

The U.N. has recorded at least 596 civilian deaths, though it believes the true toll is much higher, and Ukraine’s Prosecutor General’s office said that at least 85 children are among them. An American filmmaker and journalist was also killed Sunday. Millions more people have fled their homes amid the largest land conflict in Europe since World War II.

Talks for a broad cease-fire have thus far failed, but the Kremlin's spokesman said another round would take place on Monday by videolink, according to Russian state news agency Tass. Meanwhile, U.S. President Joe Biden is sending his national security adviser to Rome to meet with a Chinese official amid concerns that country is amplifying Russian disinformation and may help Moscow evade punishing Western economic sanctions.

The attacked training base near Yavoriv is less than 25 kilometers (15 miles) from the Polish border and appears to be the westernmost target struck during Russia’s 18-day invasion.

The base has hosted NATO drills and a senior official, Admiral Rob Bauer, previously hailed it as embodying “the spirit of military cooperation" between Ukraine and international forces.

As such, the site is a potent symbol of Russia's longstanding concerns that the expansion in recent years of the 30-member Western military alliance to include former Soviet states threatens its security — something NATO denies. Still, the perceived threat from NATO is central to Moscow's justifications for the war, and it has has demanded Ukraine drop its ambitions to join the alliance.

Lviv governor Maksym Kozytskyi said most Russian missiles fired Sunday “were shot down because the air defense system worked.” Those that got through killed at least 35 people and wounded 134, he said.

Russian fighters also fired at the airport in the western city of Ivano-Frankivsk, which is less than 150 kilometers (94 miles) north of Romania and 250 kilometers (155 miles) from Hungary, two other NATO allies.

NATO said Sunday that it currently does not have any personnel in Ukraine, though the U.S. has increased the number of American troops deployed to Poland. White House national security adviser Jake Sullivan said the West would respond if Russia's strikes travel outside Ukraine and hit any NATO members, even accidentally.

Biden “has been clear, repeatedly, that the United States will work with our allies to defend every inch of NATO territory and that means every inch,” Sullivan said on CBS News’ “Face the Nation.”

NATO has said it will not send troops into Ukraine, but Sullivan said the U.S. and its allies have gotten “substantial amounts of military assistance, weapons and supplies to the front” — and that despite Russian threats of attack, they believed they would be able to continue to do so.

Lviv in western Ukraine itself so far has been spared the scale of destruction unfolding to its east and south. The city's population of 721,000 has swelled during the war with residents escaping bombarded population centers and as a waystation for the nearly 2.6 million people who have fled the country.

Ukrainian and European leaders have pushed with limited success for Russia to grant safe passage to civilians trapped by fighting, though Ukrainian President Volodymyr Zelenskyy said authorities have managed to evacuate nearly 125,000 people from combat zones.

Ukrainian authorities said more than 10 humanitarian corridors would open Sunday, with agreement from Russia, including from the battered and besieged port city of Mariupol, where the city council said 2,187 people have been killed. But such promises have repeatedly crumbled.

The suffering in the port city is “simply immense,” the International Committee of the Red Cross said Sunday, noting that hundreds of thousands of its residents are “facing extreme or total shortages of basic necessities like food, water and medicine.”

“Dead bodies, of civilians and combatants, remain trapped under the rubble or lying in the open where they fell,” the Geneva-based organization said in a statement. “Life-changing injuries and chronic, debilitating conditions cannot be treated.”

Zelenskyy said in a video address that a convoy carrying 100 tons of humanitarian aid was headed to Mariupol, whose capture could help Russia establish a land corridor to Crimea, which it seized from Ukraine in 2014. The city council later said the trucks, which are only able to travel during daylight, were expected to arrive on Monday.

In the southern Ukrainian city of Mykolaiv, near the Black Sea, authorities reported nine people killed in bombings. They said Russian airstrikes on a monastery and a children’s resort in the eastern Donetsk region hit spots where monks and others were sheltering, wounding 32 people.

Around the capital, Kyiv, a major political and strategic target for the invasion, fighting also intensified, with overnight shelling in the northwestern suburbs and a missile strike Sunday that destroyed a warehouse to the east.

In the Kyiv suburb of Irpin, Ukrainian soldier Alexei Lipirdi, 46, told an Associated Press reporter that the Russians “want to intimidate us so that we will not be calm," but he and his unit remain defiant. As he spoke, smoke billowed from distant buildings and cars stood damaged or abandoned.

The city’s mayor said only about 10,000 of its 60,000 residents remain. Many who stayed behind are the old or sick and those who are caring for them.

At a suburban hospital, doctors said 80% of their patients are civilians wounded by shelling. Patient Volodymr Adamkovych, his abdomen bandaged, said he was wounded when his home was hit. He spent the night in his basement before he could reach doctors.

Zelenskyy also alleged that Russians were using blackmail and bribery in an attempt to force local officials in the southern Kherson region to form a “pseudo-republic” like those in the two eastern regions where Russian-backed separatists began fighting Ukrainian forces in 2014.

Zelenskyy reported Saturday that 1,300 Ukrainian soldiers had died in the war. The Russians said days ago that several hundred of their forces have died but have not given a recent updated count.

The war has repeatedly raised the specter of nuclear accidents, as fighting occurred around nuclear power plants. On Sunday, Ukraine said it restored a broken power line to the decommissioned Chernobyl plant, scene of the world's worst nuclear disaster in 1986. The plant was knocked off the grid last week and relying on generators. That raised concerns about its ability to keep spent fuel cool, though the International Atomic Energy Agency played down those worries.

In some of his strongest denunciations yet of the war in Ukraine, Pope Francis on Sunday decried the “barbarianism” of the killing of children and other civilians and pleaded for the attacks to end “before cities are reduced to cemeteries.” Francis said Mariupol, which “bears the name” of the Virgin Mary, has “become a city martyred by the heartbreaking war that is devastating Ukraine.”

Associated Press journalists from around the world contributed to this report.