Buck Henry, comic screenwriter behind ‘The Graduate,’ has died

Henry, a comic actor and frequent guest host for NBC’s “Saturday Night Live” wrote one of U.S. cinema’s most memorable lines for “The Graduate”

Buck Henry, comic screenwriter behind ‘The Graduate,’ has died

Buck Henry, a comic actor, screenwriter and frequent guest host for NBC’s “Saturday Night Live” who wrote one of U.S. cinema’s most memorable lines for “The Graduate,” has died. He was 89.

Henry died of a heart attack at a hospital in Los Angeles on Wednesday, the Washington Post reported, citing his wife, Irene Ramp.

Henry wrote screenplays for more than a dozen movies, acted in at least 40 films and in the 1960s earned writing credits for a string of TV comedy series. His work in television garnered him three nominations for an Emmy Award, which he won in 1967 for his writing collaboration on the TV show “Get Smart.” 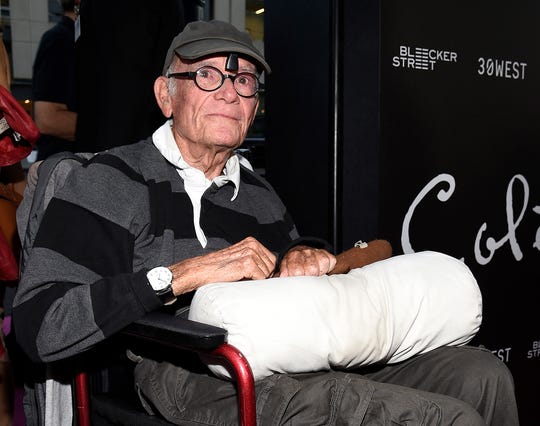 He shared Academy Award nominations for the screenplay to “The Graduate” (1967) and for co-directing “Heaven Can Wait” (1978).

For “The Graduate,” Henry was the fourth screenwriter to whom producer Lawrence Turman and director Mike Nichols turned to prepare the script, according to “Appraising The Graduate’: The Mike Nichols Classic and Its Impact in Hollywood” by J.W. Whitehead.

The movie, based on a novel by Charles Webb, is about a young man who leaves college and is lured into an affair with Mrs. Robinson, a married woman played by Ann Bancroft.

Henry “took the book in hand, humbly saved all its strengths virtually verbatim, and removed its inessentials without leaving a trace of scar,” Whitehead wrote.

The movie’s most memorable line, which wasn’t a part of the original novel, was written and inserted into the script by Henry. The scene is at a graduation party thrown for Benjamin Braddock, played by Dustin Hoffman, in his family’s Los Angeles home. A middle-aged man, one of Braddock’s parents’ friends, buttonholes the young graduate to deliver some advice.

“I just want to say one word to you – just one word,” the man tells Braddock. “Plastics.”

On the movie’s 30th anniversary, Stephen Holden of the New York Times wrote: “The Graduate’ didn’t invent the use of the word plastic to signify everything phony and superficial in American life. It merely sealed it.”

He continued: “To sneer at all things plastic was to offer an instant definition of oneself as among the young, hip, truth-seeking cognoscenti locked in a moral power struggle with an older generation of square, corrupt, greedy, warmongering materialists. More than any other touch, its ridicule of plastic defined The Graduate’ as a film about the ’60s generation gap.’”

Henry Zuckerman was born on Dec. 9, 1930, in New York City to Paul Zuckerman and the former Ruth Taylor. His nickname, Buck, came from a grandfather, and he later made it his legal name, the Washington Post said. His father was a broker on Wall Street and former U.S. Air Force general. His mother was a silent-film actress who starred as Lorelei Lee in the 1928 original of “Gentlemen Prefer Blondes,” a role played by Marilyn Monroe in a 1953 remake.

Henry began his acting career at age 16, taking a small part in the Broadway version of “Life With Father.” He attended the then all-boys Choate School and in 1952 received a bachelor’s degree in literature from Dartmouth College.

From 1952 to 1954, Henry served in the U.S. Army. During the Korean War, while a member of the Seventh Army Repertory Company, he wrote, directed and performed in a musical that toured military bases in Germany. After the war, Henry became notorious for the famous Society for Indecency to Naked Animals (SINA) hoax, where Henry would appear on talk shows representing an imaginary organization and claim that unclothed animals were indecent and immoral.

While living in Manhattan’s West Village, Henry performed with the improvisational troupe The Premise before moving to the West Coast to work on “The New Steve Allen Show” and the popular television satire “That Was the Week That Was.” In 1964, Henry collaborated with comedian Mel Brooks to create the hit television series “Get Smart,” starring Don Adams.

Henry’s big break in the film industry was with his screenplay for “The Graduate.” The script earned him his first Academy Award nomination for best adapted screenplay. He made his directorial debut with “Heaven Can Wait,” for which he was nominated for best director with co-director Warren Beatty.

Henry often played small cameo roles in his films, appearing as the nosy hotel clerk in “The Graduate” and as the angel who mistakenly brings a football player to heaven too soon in “Heaven Can Wait.”

In the late 1970s, Henry appeared semi-regularly on NBC’s “Saturday Night Live,” which he hosted 10 times. He held the record for most frequent host until 1989, when Steve Martin hosted the 14th season finale.

Henry continued to write screenplays and play supporting roles in movies throughout the 1980s and 1990s.