Shareholders have rights, too

Shareholders have rights, too 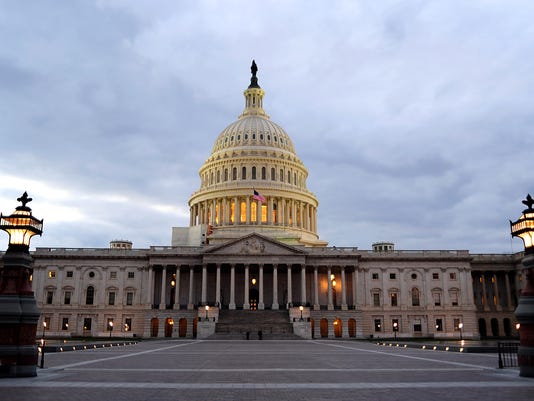 Last week, advocates for shareholder rights took to Capitol Hill to call for housing finance to be reformed and for the conservatorship of Fannie Mae and Freddie Mac to be unwound.

A lunchtime event and visits with lawmakers were part of an effort by Investors Unite, a coalition of over 1,400 Fannie and Freddie shareholders. The group’s founder, Timothy Pagliara, spelled out their goal, stating they’re at the Capitol to “advocate for principles that will ensure the respect for shareholder rights is part of any legislative action taken on housing reform.”

Pagliara says respect for the rule of law and shareholder rights are “essential for the functioning of free markets and the vital role Fannie and Freddie play in ensuring liquidity and America’s access to home ownership.”

During the financial crisis of 2008, Fannie and Freddie were taken into conservatorship of the Federal Housing Finance Agency under the Housing and Economic Recovery Act. The federal government injected $188 billion into the housing giants, purchasing preferred shares and giving a temporary lifeline as the housing market collapsed.

But after Fannie and Freddie repaid the government, plus 10 percent interest, the Treasury declared unilaterally in 2012 that it would continue to claim all profits from Fannie and Freddie and not allow capital retention or payment of dividends to shareholders.

The shareholders argue the 2012 Third Amendment, or “Sweep Amendment,” completely changed the rules of the game established in 2008.

Joseph Waske of California said he and his wife decided to invest in Fannie and Freddie preferred shares about five years ago. The conservatorship was already in place, and they had done their research, keeping in mind the original agreement. They invested some of their retirement money. But after the Sweep was announced, their shares were “decimated.”

The Sweep makes for fancy budgetary math. It allows Treasury to disguise the size of the federal deficit by seizing billions in profits from private companies. The Treasury announced on Tuesday that the federal deficit for 2014 was at its lowest level since 2007. But factoring in Fannie and Freddie dividends, plus the disclosure last week that the Federal Reserve paid roughly $100 billion to Treasury in interest income, and the deficit is much larger than it appears.

The Sweep may seem like a deal for taxpayers in this context, but Waske notes that his concern over the Sweep is not just as a shareholder. He says that “without that retained capital, those two businesses can’t weather another downturn. So the actions under the Third Amendment Sweep essentially put taxpayers at more risk.”

“Fannie Mae and Freddie Mac are the only financial firms in the entire world right now that can build liabilities at the same time they don’t have any capital,” explained Pagliara.

Investors Unite sought to highlight that the Treasury’s actions have hit many families hard. According to Pagilara, 79.6 percent of the common stock of Fannie and Freddie is owned by the American people.

Haley Sims and her husband invested in Fannie and Freddie shortly after having their first child about five and half years ago. They thought they had found an investment that could help fund their newborn’s college. Fannie and Freddie were well on their way to paying back taxpayers, Sims explained, and they should have soon been allowed to begin retaining capital and becoming profitable.

Will Congress be persuaded to act? Experts agree it’s impossible to say.

Shawn McCoy is publisher of InsideSources.com.