#ICYMI: Wild on Plan B, Finley on pensions

#ICYMI: In case you missed it, a roundup of the week that was.

#ICYMI: Wild on Plan B, Finley on pensions 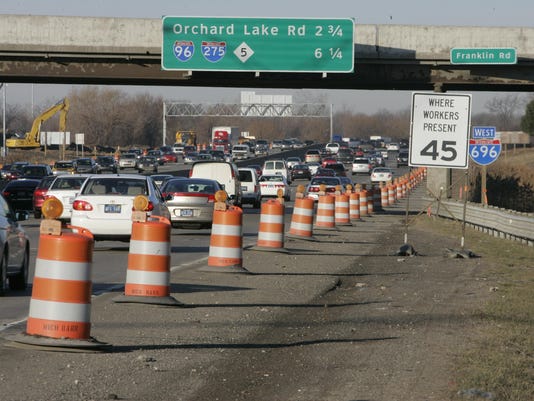 As Plan B comes together, mayors want to have their say, Westland’s William Wild writes.(Photo: Charles V. Tines / The Detroit News)Buy Photo

■ In Michigan, smokers and drinkers who pay the ‘sin tax’ contribute more than double the amount of state taxes that the business community does, Chad Livengood reported after a review of tax data.

■Gov. Rick Snyder’s plan for prison reform is a good start, The News wrote in an editorial. Snyder wants Michigan to conduct a thorough examination of who the state holds in prison, why, and for how long. The ultimate goal is to free up money from the Corrections budget, which outmatches what state government spends on higher education.

■ Michigan’s mayors should be a part of the Plan B conversation on how to fund necessary road work, says Westland Mayor William Wild, a Democrat. Wild, a 2014 candidate for Wayne County Executive, writes that mayors are in regular touch with the populations they serve, and could give wise counsel as Lansing lawmakers consider their next move.

For all those stories, in addition to the latest in sports news, join us at detroitnews.com.