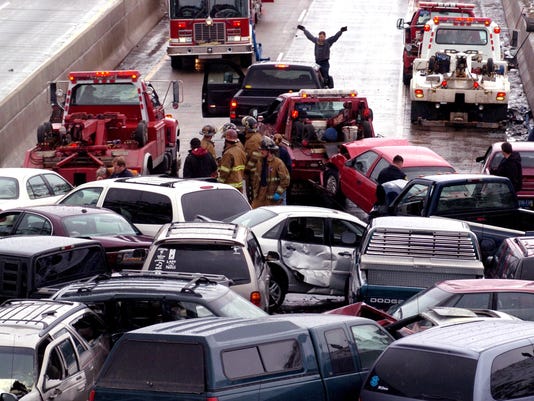 Something has to be done about Michigan’s sky-high auto insurance rates. Some legislators supported Senate Bills 248 and 249, legislation that was designed to hold down costs.

I voted against the bills, which contained changes I believed would ultimately prove to be detrimental to catastrophic accident victims and job providers. Plus, I believe the bills did not create the necessary marketplace reforms to help lower auto insurance rates.

Despite my opposition, Senate Bills 248 and 249 passed the Senate on April 16. Both bills are currently awaiting action in the State House.

For a fee of $186 a year, Michigan drivers are provided unlimited lifetime healthcare if they’re injured in an auto accident through the Michigan Catastrophic Claims Association (MCCA), a private non-profit association. What a great value.

So if catastrophic claims are not driving overall costs, why are Michigan’s rates so high, and what can be done about it? I have an answer in the form of my bill, Senate Bill 313.

First, most health insurance plans in Michigan don’t pay for any auto related claims. This didn’t used to be the case. But, because of Michigan’s unique law, health insurance companies have discovered a way to save money for themselves by not covering it.

Secondly, due to the nature of policy limits under health plans, auto companies are required to pay whatever the health care companies don’t cover. The problem is that when the health care plan limits have been met, they then bill the auto insurance companies for amounts that far exceed what they were getting paid themselves. This seems unfair as well.

My fix here is also simple. It would require that health care plans pass on their negotiated rates to the auto insurance companies so that they, and their policy holders, get the same lower costs.

In trying to hold down costs, Senate Bills 248 and 249 go too far. To use an old saying, these bills “throw the baby out with the bathwater.”

We can achieve much of the savings needed through Senate Bill 313, which contain two common-sense reforms to protect victims while allowing health care to be delivered in a more efficient manner.