In Metro Detroit, what kind of interventions have the potential to equalize opportunity for life and health? 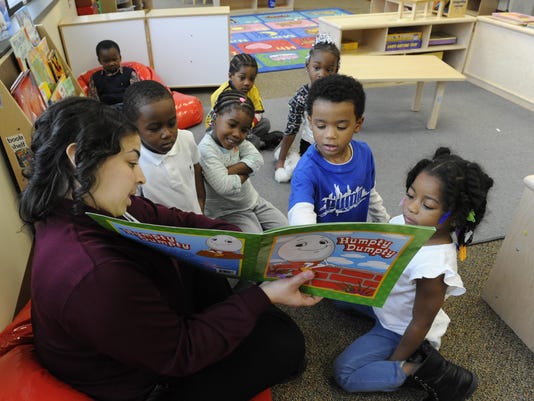 Farenger: The impact of education on health can be traced through several pathways, both subtle and direct.(Photo: David Coates / The Detroit News)Buy Photo

Last year, The Detroit News covered a disturbing story of health inequity. For children, Detroit is the deadliest city in the United States due to premature birth and violence.

In neighboring communities, the likelihood of an early death is significantly lower. In Oakland County, child mortality occurs at a rate of 45.4 per 100,000. In Macomb County, 44.6. How can these stark differences be explained?

More importantly, what kind of interventions have the potential to equalize opportunity for life and health?

A critical mass of knowledge now exists about the role of social factors that set the stage for health. Where health was once considered a question of genetics, individual behaviors and medical treatment, new models are illuminating powerful connections between health, resources and environment.

When we view Metro Detroit through the lens of social determinants of health, certain facts stand out and pathways for improvement emerge. We can begin to understand the roots of health differences in the region.

The World Health Organization defines the social determinants of health as the conditions in which people are born, grow, live, work and age.

According to the agency, "The social determinants of health are mostly responsible for health inequities — the unfair and avoidable differences within health status seen within and between countries."

In the United States, leading public health organizations including the Centers for Disease Control and Prevention are working with social determinants models. The Office of Disease Prevention and Health Promotion, through its Healthy People 2020 initiative, sets national health goals for healthy environments. The Robert Wood Johnson Foundation, through its County Health Rankings and Roadmaps project, uses a database to compare socioeconomic, behavioral and other health factors with health outcomes in specific geographic regions.

To be healthy, people need access to resources like safe and affordable housing, adequate and nutritious food, transportation and social connections. But these resources are not readily available to all. This is the root cause of health inequity. Income, education, social class, and racial and gender discrimination are identified by the World Health Organization as the key structural determinants that influence access to resources and vulnerability to risk.

These gaps are evident in Metro Detroit.

Disadvantaged socioeconomic position is associated with shorter lifespan across the spectrum. Communities with more poverty have higher rates of infant mortality and child mortality.

In Wayne County, 37 percent of children live in poverty, compared with 20 percent in Macomb and 13 percent in Oakland.

The inequity in childhood deaths is alarming, and it's rooted in higher vulnerability from the start.

The impact of socioeconomic advantage, or disadvantage, is not restricted to childhood. Later in life, premature death is measured by the years of potential life (YPLL) indicator. The Robert Wood Johnson Foundation, in its 2015 County Health Rankings, makes this point through calculation of years of potential life lost before age 75, per 100,000 population. For Wayne County, that figure is 9,978 — the second highest in the state next to Iosco County. For Macomb, the figure was 6,911 years, and in Oakland, it was 5,863.

The impact of education on health can be traced through several pathways, both subtle and direct. For one, level of education attained is often a reflection of the level of family resources. It points to a likelihood of socioeconomic advantage or disadvantage in early life. According to the World Health Organization, knowledge and skills gained through education also are likely to increase ability to access and use health services and interpret health information.

The most direct path between education and health is employment and income. Education correlates with higher income and better access to material resources to protect against poor health.

The disparity in education levels among Metro Detroit residents is significant. In Detroit, 12.7 percent of residents hold a bachelor's degree or higher. In Wayne County, including Detroit, the number is 21.3 percent. In Macomb, it's 22.5 percent and in Oakland, it's 43.1 percent, according to the U.S. Census.

Another indicator is high school graduation rates. Oakland County had 80 percent of its student graduate in four years, while Macomb had 76 percent and Wayne County had 74 percent, according to the County Health Rankings report.

Because health is rooted in a broad base of social and community factors, progress toward equity requires the cooperation of such diverse groups as health professionals, education, social services, housing, transportation and criminal justice. People from socially marginalized groups must be included as participants and decision-makers in equity-based health planning.

Working together to identify and dissolve social barriers to health, community organizations can offer the best chance to improve overall health outcomes, close the gaps between groups and control the rising costs of health care. And creating policies that improve the income and the income-generating potential of individuals — both poor and middle class — can be powerful tools for improving health.

Even the crucial role of health systems is being re-envisioned to include the social determinants of health. First, improved access to health care helps to fill in some of the gaps for marginalized communities. Innovative health programs are also developing new ways to link people with essential social resources outside of the clinic or hospital. Finally, health systems are in a unique position to convene groups of constituents and stakeholders to establish collaborative and actionable goals for health equity.

Ultimately, a person's social position should not be the key determinant of a person's chance for health.

Margaret Farenger is a public health consultant, writer and past executive director of the Alliance of Coalitions for Healthy Communities in Oakland County.