Roth: Is college for immediate skill building or a broad education?

When needs of the market change, as they surely will, the folks with narrow training will be out of luck

Roth: Is college for immediate skill building or a broad education? 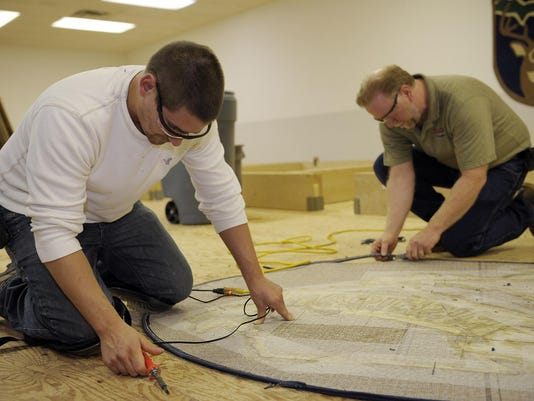 Learning immediate skills to satisfy the job market may not be as effective in the long run as a liberal education, Michael S. Roth asserts.(Photo: Clarence Tabb Jr. / The Detroit News)Buy Photo

As the summer winds down and young people get ready to return to their campuses, I know many families are having conversations about what kind of college education to pursue. Should one sign up for classes that promise immediate skill building, perhaps even certification in at a task highly valued right now by the business world? Or should one instead pursue a broad, contextual education in hopes that “learning to learn” will provide a basis for both economic advancement and personal growth?

As I have shown in “Beyond the University: Why Liberal Education Matters,” contentious debates over college study are as old as America itself. Several of the Founding Fathers saw education as the road to independence and liberty. A broad commitment to inquiry was part of their dedication to freedom. But critics of education also have a long tradition. From Benjamin Franklin in the 18th century to today’s Internet pundits, they have attacked its irrelevance and elitism — often calling for more vocational instruction.

Ben Franklin probably would have had some sympathy for the contemporary anti-college message: “You don’t need colleges. Go off and learn stuff on your own. You believe you are an innovator? You can prove it without the sheepskin.” From Tom Paine to Steve Jobs, stories of people with the smarts and chutzpah to educate themselves in their own ways have long resonated with Americans.

But Franklin was also dismissive of arrogant displays of anti-intellectualism popular from Silicon Valley to the tower of Trump. He would be appalled by the current mania for driving young people into narrower and narrower domains in the name of “day one” job preparedness. He would surely recognize that the call for earlier and earlier specialization would ultimately make Americans even less capable citizens and less able to adjust to changes in the world of work.

Citizens able to see through political or bureaucratic doubletalk are also workers who can defend their rights in the face of the rich and powerful. Education protects against mindless tyranny and haughty privilege. Liberal learning in the American tradition isn’t only training; it’s an invitation to think for oneself. Broadly educated citizens aren’t just collections of skills — they are whole people.

It’s no wonder that in a society characterized by radical income inequality, anxiety about getting that first job will lead many to aim for the immediate needs of the marketplace right now. The high cost of college and the ruinous debt that many take on only add to this anxiety. In this context, some assert that education should just focus on practical skill building.

But when the needs of the market change, as they surely will, the folks with that narrow training will be out of luck. Their bosses, those responsible for defining market trends, will be just fine because they were probably never confined to an ultra-specialized way of doing things. Beware of critics of education who cloak their desire to protect privilege (and inequality) in the garb of educational reform.

A century ago, pragmatists like John Dewey and W.E.B Du Bois argued that given the pace of change, we should not fool ourselves into educating people only for the tasks of the moment. Once we develop habits that just allow us to conform to the world around us, to fit into existing conditions, we stop learning. Instead, we should instill habits of thought and action that will give students a better chance to shape their own future.

Liberal education in America today can be pragmatic, empowering students with potent ways of dealing with the issues they will face at work and in life. That’s why it must be broad and contextual, inspiring habits of attention and critique that will be resources for students years after graduation.

In order to develop this resource, teachers must address the student as a whole person — not just as a tool kit that can be improved. We do need tools, to be sure, but American college education has long invited students to learn to learn, creating habits of critical and creative thinking that last a lifetime.

In the 19th century, Emerson urged students to “resist the vulgar prosperity that retrogrades ever to barbarism.” He emphasized that a true education would help one find one’s own way by expanding one’s world, not narrowing it.

The goal of this cultivated attentiveness is, in Dewey’s words, “to free experience from routine and caprice” — what we applaud today as innovation. By choosing a broad and contextual course of study, by pursuing a pragmatic liberal education, students begin to reshape themselves and the world around them, learning to think for themselves while continually reinventing what they can do.

Michael S. Roth is the president of Wesleyan University in Middletown, Conn. He wrote this for InsideSourcess.com.