More time is the deadliest aspect of Hillary Fatigue Syndrome 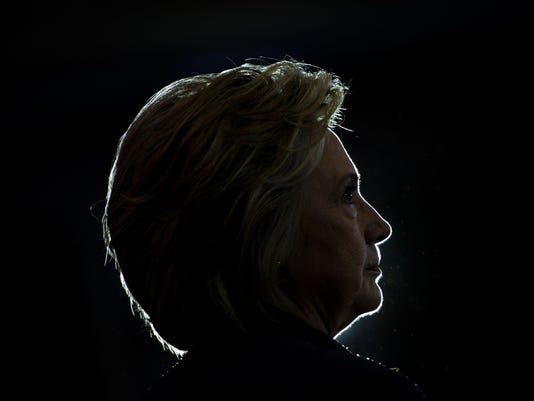 The more that voters see Hillary Clinton, the less they like her, Marschall writes.(Photo: BRENDAN SMIALOWSKI / AFP/Getty Images)

Armchair quarterbacks at Super Bowls have nothing on the instant proliferation of ersatz medical diagnosticians since the recent questions about Hillary Clinton’s health.

But history might provide some answers, which are more political than medical, in her first foray into public policy almost a quarter century ago. President Bill Clinton deputized her to manage a bundle of health care “reforms.” She was charged with drafting, overseeing, and shepherding the massive package through Congress and Washington’s bureaucracy.

“HillaryCare” failed spectacularly, never even making it to the Senate. Mrs. Clinton was widely criticized for the secrecy of the deliberations; for mismanagement; for textbook examples of bad political instincts — all factors apart from the details of the cumbersome program. The Democrats lost the House in the subsequent mid-terms elections, becoming its minority for the first time in 40 years. That debacle commonly was attributed to HillaryCare.

Amid the rubble, Hillary Clinton afterward blamed the fiasco on “faulty publicity.” She maintained that if the public had known the plan better, she would have succeeded.

That diagnosis was conveniently made and easily assumed. It is, rather, the basic symptom of Clinton’s singular political disease. As more people discovered what HillaryCare was, the less the public liked it. It was not lack of publicity, but literal publicity, that doomed it. And the same condition has infected Clinton as a politician.

Clinton ran in the presidential primaries in 2008, and was largely regarded as a shoe-in — until, once again, the more people saw of her, the less they liked her. She was forced to drop out in favor of the unknown, untested junior senator from Illinois.

Clinton was the prohibitive favorite in this year’s primaries, too — until she was widely seen by the public. And then she barely beat a little-known old socialist who began his campaign not even a registered Democrat, and who still identifies as independent.

For all of Donald Trump’s failings and politically suicidal tendencies, the thick resume of Clinton cannot escape the dead-heat zones of polling. Clinton barely breaks the electoral “glass ceiling,” fading in the stretch another time. As in so many previous episodes of her life and career, the more that people see her, the less they like her.

Only metaphorically does Hillary Clinton have the “Walking Pneumonia Blues” of Lightnin’ Hopkins. Her medical problems seem plausible and perhaps real enough, and will be cited if she drops from the race.

But her political ailment is of different sort. If national voting could have taken place on the day she announced her intention to run in the primaries — or a full year before, when she was only a presidential rumor — she might have had a healthy victory.

But more time, a longer look, is the deadliest aspect of Hillary Fatigue Syndrome. The fatigue is not hers, but the nation’s.

Rick Marschall is the author of “Bully!: The Life and Times of Theodore Roosevelt.”