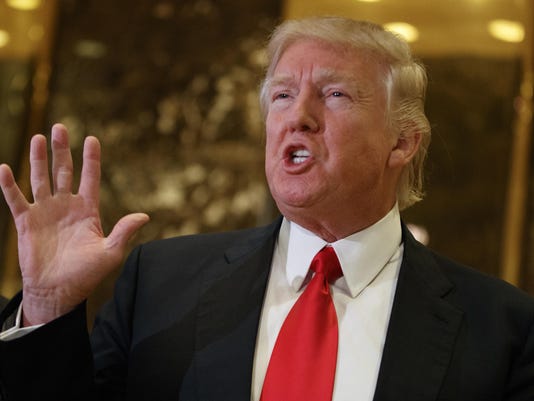 A Michigan teacher has come under fire for refusing to allow his students to watch President-elect Donald Trump deliver his inauguration address to the nation during class.

Meteyer told parents in an email Monday that he will show Friday’s inauguration ceremony during school, but not Trump’s speech. He wrote that since he cannot preview the speech beforehand, he fears what Trump might say and wants to protect his students.

One parent sent the email to conservative radio talk show host Steve Gruber toward the end of his program, The Steve Gruber Show, which airs on 19 radio stations throughout Michigan. Gruber has children in the same school district, though not in Meteyer’s class.

“As the son of a fifth-grade teacher, it infuriates me when those in charge of our kids are trying to train them instead of teaching them,” Gruber told Watchdog.org. “I found the letter to be outrageous!”

He read the letter on air and posted the text on Facebook, seeking reaction from others.

“Facebook immediately exploded,” Gruber said. “What kind of message does this send to kids? ‘This president is a bad guy and kids should not watch him’? This is a piece of history and the kids should be allowed to watch.”

Like many districts around the state, Williamston schools were closed Tuesday due to an ice storm, so Gruber called the teacher at home and asked him what specific behavior was so harmful to fourth-graders. Gruber related their conversation in a blog post.

John Mulloy, a longtime educator who teaches world history and economics at Saginaw High School, and an adjunct professor at Northwood University in Midland, reviewed the letter for Watchdog and concludes that Meteyer was out of line.

“The letter has an obvious anti-Trump bias to it. That I have issue with. Our job as teachers is to teach diversity of thought vs. what we believe in. I don’t believe that I am in the business of teaching students my political bias,” Mulloy wrote in an email.

“In the same situation, I would get parental permission. The reason why is that we are so polarized & people are so strongly either pro or anti-Trump. If his motivations for sending out the letter are true then it is a sad state of affairs that we censor our own president.”

Gruber agrees the bias is clear: “This guy has an agenda, and what he’s not realizing is that it’s the attitude like his that propelled Trump to victory in Michigan in the first place.”

Mulloy said parents can take some solace in knowing that the episode may be lost on fourth-graders anyway.

“I am not sure showing the entire speech — whether it’s Bush, Obama or Trump — has much value to fourth-graders,” he said. “They understand the very fundamentals of the election process but their mindset is that of their parents. And I can’t fathom they could sit still that long.”

Kathy Hoekstra is the regulatory policy reporter for Watchdog.org, where this piece originally ran.