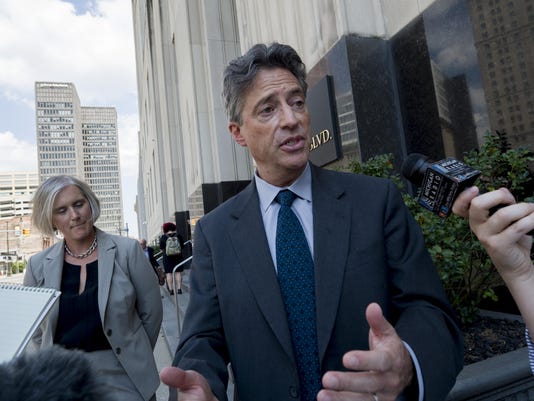 The Detroit News published an editorial (“Court wrong place to enforce literacy,” Aug. 16) concerning a lawsuit in which we represent seven students who attend five public schools in Detroit. While we appreciate The News shining a light on the important issues presented in the litigation, the editorial does misconstrue the fundamental aims and the underlying premises of the case. The editorial argues that “the courtroom isn’t the place to fix the problems that have plagued the district.” Because the issues at stake are so critical — to the students and the city at large — it is important to clarify the focused relief the court has been asked to provide and describe the solid legal foundation that is being presented to support it.

At the outset we must stress that we share common ground with the editors on the most important issue. This lawsuit seeks exactly what the editorial recognizes is necessary: a solution “that gets the children what they need.” But the editorial errs when it suggests that we think that solution requires “turn[ing] the schools over to the court” or asking the judge to “intervene in local school decisions.” To the contrary, the plaintiffs and community welcomed the return to local control of the schools in Detroit after more than a decade of state takeover and mismanagement. Moreover Superintendent Vitti has expressed his support in this same paper for the case’s goals and the City of Detroit filed a brief in support of our complaint as amicus curiae or friend of the court. Nor have we challenged the state’s school funding formula, which was the only claim at issue in San Antonio Independent School District v. Rodriguez, the case on which the State relies in seeking to dismiss our complaint.

Instead, what we have alleged is that the plaintiffs are compelled under state law to attend the schools identified in the complaint, yet they are given no meaningful education there. The shocking deficiencies in their schools mean that students don’t receive merely a “subpar” education, but instead are deprived even of access to the basic minimal skills that any school that warrants the name must provide. We are asking the court to enforce what was the essential premise of the United States Supreme Court's decisions in Plyler v. Doe, Papasan v. Allain, and Rodriguez – that states will not relegate some of the students participating in its statewide system of education to warehouses that are “schools” in name only. Far from a radical idea, the expectation that a state must provide such basic minimal education was acknowledged in the Highland Park case the editorial references. While that court concluded that those students could not directly sue under the Michigan Constitution to enforce a right to educational equality, it also clearly recognized that State must “maintain and support a system of public schools that furnishes adequate educational services to all children.”

Far from asking the court to serve as a “super-Legislature,” we are asking the court only to ensure that children have access to the essential elements of a basic education sufficient to learn to read and write; in practice, this means schools with qualified teachers, books, instructional materials and computers in buildings free of rats and other vermin and at normal room temperatures as opposed to freezing and sweltering conditions necessitating school closures, early dismissals and impossible learning conditions. The Constitution, like our sense of basic fairness, demands no less.