Business experts rank the presence of RTW laws as a major factor for company expansions or relocations, Mix writes 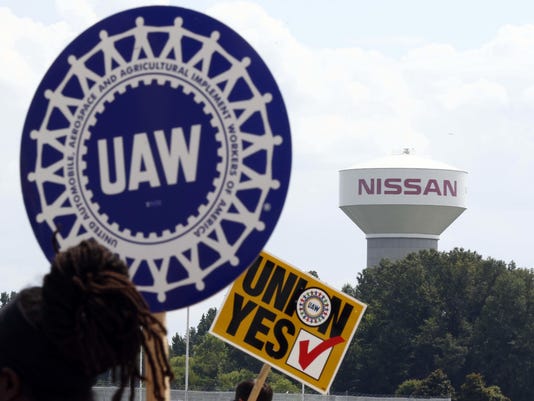 This Labor Day, citizens of right-to-work states have much more to celebrate than a three-day weekend. A RTW law ensures that no employee can be forced to join or pay dues or fees to a union as a condition of employment. This leaves the decision of union membership and financial support where it belongs: with each individual working person.

The 28 states that have passed RTW laws have enjoyed higher private-sector job growth one and a half times more than in forced-unionism states, according to data compiled by the National Institute for Labor Relations Research.

NILRR data also shows larger wage increases over the past decade than their forced-unionism counterparts. Not only that, but after adjusting for states’ differing costs of living, residents in RTW states enjoy more than $2,500 disposable income than their non-right-to-work neighbors.

The connection between RTW laws and better economic performance is no surprise. Business experts consistently rank the presence of RTW laws as one of the most important factors companies consider when deciding where to expand or relocate their facilities where they will create new jobs.

For example, Kentucky passed its RTW law in 2017. Since then, the commonwealth has posted a bevy of economic development. In the commonwealth’s first fiscal quarter alone, Kentucky surpassed the previous year’s record of $5.1 billion economic investment with $5.8 billion invested already. This unprecedented growth is stimulated directly by the passage of RTW, which companies haves specifically cited when announcing their investment decisions.

Right-to-work laws also encourage more flexible and responsive union officials in the workplace. Where workers cannot be forced to join or pay dues, union brass has to work harder to retain employee support. This encourages union officials to put workers’ interests first, rather than promoting their own power or pushing an agenda that is out of step with the rank-and-file.

Right-to-work laws make economic sense, but protecting employee freedom has always been their most important feature. No worker should be forced to join or pay money to an organization he or she has no interest in supporting. These laws do nothing to impede employees from voluntarily joining or paying dues to a union; they simply ensure that no worker can be forced to hand over a portion of their hard-earned paycheck to union officials just to keep a job.

Churches, civic associations and thousands of other private organizations thrive on voluntary association across the country. Despite the protests of union officials there is no reason a union — made up of individual workers who freely choose to band together — cannot do the same. Workplace choice, employee freedom and better economic performance are part and parcel of the RTW package. What is not to like?

Mark Mix is president of the National Right to Work Legal Defense Foundation.