Column: State licensing should only be a last resort

Naturopathic physicians are regulated by a competitive marketplace, and requiring licensing may create barriers to their services, the authors write

Column: State licensing should only be a last resort 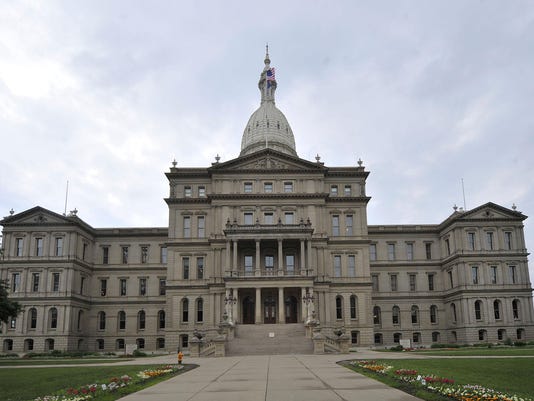 Michigan lawmakers are looking to create another occupational license requirement — this time for naturopathic physicians. These medical professionals treat conditions with “natural” or self-healing methods. While there’s legitimate grounds to license some medical providers, lawmakers should reconsider rushing to require licenses in this case.

In most states, including all of those surrounding Michigan, naturopathic physicians are regulated by a competitive marketplace — private organizations establish best practices and standards and offer voluntary certification, and consumers choose the physician they deem the best qualified.

Some Michigan lawmakers seek to join the 20 states that mandate that all naturopathic physicians get a state license before working legally. To obtain a license, you must complete a certain number of hours in training, pay fees and pass a state-administered exam. The Michigan Senate recently passed a bill that will add licensing requirements for naturopathic physicians. A similar bill is in committee in the Michigan House.

At the same time, there’s a movement afoot to roll back many of the occupational licenses that Michigan requires of people before they can legally work. Occupational licensing affects more than 1 in 5 workers in Michigan. There’s a growing concern that all these licensing requirements limit job growth as they create artificial barriers for people wanting to work.

According to the Institute for Justice, Michigan had the 21st most burdensome occupational licensing laws based on their research from 2012. As a result of reform efforts in the 2013-14 legislative session, Michigan improved their national ranking and now have only the 33rd worst licensing restrictions, according to the institute. Adding new licensing requirements for naturopathic doctors is a step in the wrong direction.

The motivation for this bill appears to conflict with the purpose of occupational licensing. According to the Michigan Association of Naturopathic Physicians, the primary driver of this legislation, naturopaths in Michigan are not able to “practice to their full efficacy and capacity in Michigan.”

But the purpose of occupational licensing should not be to improve a profession or bring it to “full efficacy” — whatever that means. Licensing should only be used to protect the health and safety of the public. No evidence has been presented that unlicensed naturopaths are causing harm to their patients or the public — neither in Michigan nor the 29 other states that don’t require a license for naturopaths.

Creating a new licensing requirement is not a free lunch. A number of sources, including the Obama White House, have documented the effects occupational licensing has on the prices of services. By forcing naturopaths to complete additional training, pay fees and jump through other hoops, fewer naturopaths will be permitted to practice in the state. This will translate to higher prices for consumers and less access to these services.

But none of this is to say that naturopaths should not be regulated. If it could be demonstrated that regulations are needed to protect the public from naturopathic medicine, lawmakers could establish rules for the profession without creating a licensing requirement. Requiring all naturopaths to register with the state would be one possibility. A voluntary, state-approved certification program could also be used. If naturopaths found the certification process valuable for their practice, they could opt to complete it.

But it’s important to remember that, typically, the best forms of regulation happen outside of government standards. When choosing a doctor, for instance, most people rely on word-of-mouth from family and friends, online ratings and their own experiences. Almost no one cares to check if the doctor is properly licensed by the state.

The legal system also serves to protect the public. While Michigan doesn’t license tree trimmers, if they do a bad job and drop a tree on your house, you have a reliable recourse through the courts. And, of course, competition is the best regulator of all. No restaurant owners, cooks or waitresses have to go through a government-mandated course. But offering poor service and bad food will shut them down quicker than any state licensing agency would.

Licensing, which drives up costs and restricts competition, should only be used as a last resort. If naturopathic medicine really needs to be under state control, lawmakers have a variety of other options to regulate the practice than creating a strict, across-the-board, job-killing licensing requirement on all aspiring naturopaths. Making it harder for people to find gainful employment is not the path to continued economic progress.

Edward Timmons is the director of the Knee Center for the Study of Occupational Regulation at Saint Francis University. Jarrett Skorup is the director of marketing and communications at the Mackinac Center for Public Policy, a think tank in Midland, Michigan. Both have written studies on the effects of licensing in Michigan.