Opinion: Tlaib has a history of making history

Sheikh writes: "Making history has become common for Rashida, and we all look forward to her on the congressional floor in Washington, DC. "

Opinion: Tlaib has a history of making history 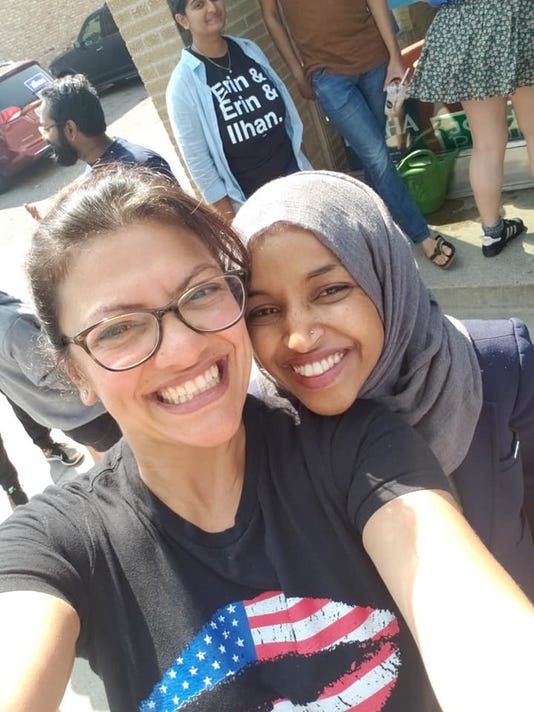 As I walked though the doors of Rashida Tlaib’s election evening watch party, I noticed a certain look in peoples’ eyes. I had seen this look before, but much earlier.

I could not help but to reflect on the day when I was an undergraduate student at Wayne State University in 2008, when I first heard the news that a young Muslim and Palestinian American woman had just won her race to become the first Muslim American woman in the State of Michigan Legislature. I was sitting among a handful of students in the Undergraduate Library, and everyone had that very same look on their faces. It was a look of pride, of joy, and of hope.

I continued to make my way through the party, and I greeted people from different and diverse walks of life, different religions, cultures, ethnicities, and parts of my home state of Michigan. Community organizers, religious leaders, elected officials, and future constituents all gathered together in support of a woman, and longtime community organizer, who stands for the very values that they believe in.

Tlaib is a dynamic individual who defines what it means to be intersectional and vigilant in the very communities at the margins of society.

While Tlaib’s race has made history, it is important to focus on the facts of who she is and what she stands for. She is a mother, a daughter, a mentor, a community organizer, a public servant, and most importantly, as a former state representative, is the most qualified person for the job. She just so happens to be Muslim.

Tlaib, Abdullah Hammoud, and Minnesota’s Ilhan Omar — who is poised to be the first Muslim American congresswoman along with Tlaib come January 2019 — are ideal examples of elected officials who work, and will work, tirelessly for their constituents — and just happen to be Muslim. These are great examples of role models for young Muslim American children.

As I was growing up, there were no elected officials who looked like me, who had names that sounded like mine, and because of this becoming an elected official was more of a fantasy.

These individuals serve as a spark for the children of today to build a better tomorrow, and inspire droves of Muslim Americans to follow in their footsteps, and dare to dream about political career.

Throughout the night, I continued to share this look with others in attendance. Many were friends, fellow community members and leaders, and many more new friends. We were proud of Tlaib and her campaign team. Though coming from disparate backgrounds and places, we were collectively full of joy that a young Muslim and Palestinian American woman was stepping up to the plate, and representing us.

We were hopeful as to what this would mean to not only the Muslim American community, but to the entire Michigan family. It was a watershed moment for Michigan, and indeed, a historic day for the nation.

Hassan Sheikh is a community organizer and political strategist.