Opinion: To drain the VA swamp, Trump must first wade into it

Carey writes: " if President Trump is to drain the VA swamp, he needs to first populate it with more political appointees. "

Opinion: To drain the VA swamp, Trump must first wade into it 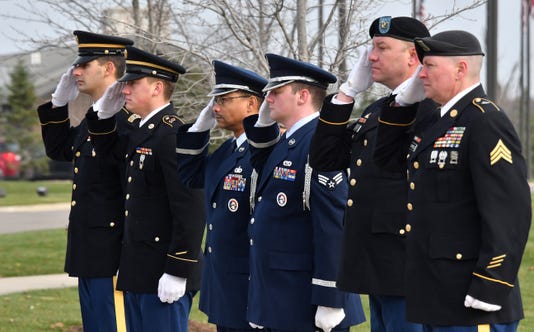 President Trump campaigned on cleaning house at the Department of Veterans Affairs. He pledged to fire inept and corrupt bureaucrats and give veterans greater choice in their health care.

Veterans responded enthusiastically. In 2016, President Trump won their votes by a margin of almost 4 million.

The president has tried to make good on his promises. Last year, he signed into law the VA Accountability and Whistleblower Protection Act, which gives the Secretary the authority to fire inept or corrupt bureaucrats. This year, he ratified the MISSION Act, which expands veterans' healthcare choices and support for caregivers for the seriously disabled.

But his efforts have been frustrated by the bureaucratic swamp at the VA he campaigned against. To translate his campaign promises into reality, President Trump needs people who agree with his vision for the VA -- not civil servants who were there before he took office and will be there after he leaves.

In other words, he needs more political appointees at the VA.

Each presidential administration gets about 4,000 political appointees spread across all the various executive agencies. They're responsible for implementing the administration's policies. They serve at the pleasure of the president and can be fired at will.

Career civil servants, by contrast, have no stake in the president's agenda. They may not even agree with it. They can hardly be held accountable for their work; dismissing a civil servant for poor performance can take years.

If the VA is to be reformed as President Trump envisions, political appointees will be the ones to do it. Yet the VA only gets 38 of them -- the fewest of any cabinet-level agency. That's less than 1 percent of the appointees the administration is allotted.

With so few political appointees, problems that would be solved further down the organizational chart at other agencies end up on the VA secretary's desk. The Department of Defense, for instance, has four more layers of political appointees supporting the work of the secretary than does the VA.

Even the leaders of the VA's regional divisions -- the geographically dispersed Veteran Integrated Service Networks -- are civil servants. Regional and state administrators at the Departments of Homeland Security, Agriculture, and Health and Human Services, by contrast, are all appointed by the president.

So 38 people have the impossible task of implementing the reform packages ratified by President Trump -- and turning around the federal government's second-largest agency, with 373,000 employees.

There's a lot of misbehavior by the bureaucrats to clean up. Career civil servants are actually using the VA Accountability and Whistleblower Protection Act to fire whistleblowers and protect themselves from accusations of corruption.

"The environment in today's Veterans Health Administration is one in which some VA health officials are so driven in their quest for performance bonuses, promotions and power that they are willing to lie, cheat and put the health of the veterans they were hired to serve at risk," said Jeff Miller, the former chairman of the House Veterans Affairs Committee.

Ironically, if President Trump is to drain the VA swamp, he needs to first populate it with more political appointees.

In the shorter term, the Trump administration should shift between 75 and 100 of its political appointees from other agencies to the VA -- and make every Principal Deputy Under Secretary and Principal Deputy Assistant Secretary appointees. Likewise, all the regional Veteran Integrated Service Networks directors should become appointees.

Other departments with less checkered histories than the VA have five to 10 Senior Policy Advisors reporting to the Secretary who act as fixers for urgent policy priorities -- and can maneuver around bureaucratic inertia. The VA needs them, too.

Finally, the VA would benefit from a new under secretary of policy to assist the secretary with setting and enforcing consistent standards of performance, integrated budgets, and system-wide policies and procedures.

The VA's bureaucracy is the chief impediment to delivering quality care and services to our country's veterans. Asking that same bureaucracy to fix itself after decades of mismanagement is folly.

VA Secretary Robert Wilkie needs to be given the accountable personnel and political muscle required to bring about the change that voters demanded in 2016.