More than three years have gone by since Dieselgate broke in September 2015, and we learned that diesel automakers were employing cheat devices to evade U.S. emissions laws at the expense of consumers and the environment. Yet despite all the attention this issue has received, only two automakers have been held accountable by U.S. authorities and consumers — Volkswagen in April 2016 and Fiat Chrysler last month.

Meantime, investigations into other car companies have dragged on for years and left hundreds of thousands of American consumers with no answers or accountability, while the vehicles continue to pollute the environment at rates well above legal limits. It is past time for greater urgency and action from regulators and Congress.

Automakers like BMW, Volkswagen, Fiat Chrysler and Daimler have all been accused of deceiving U.S. consumers and regulators by marketing their diesel vehicles as environmentally friendly, when in reality they emit dangerously high levels of nitrogen oxide. 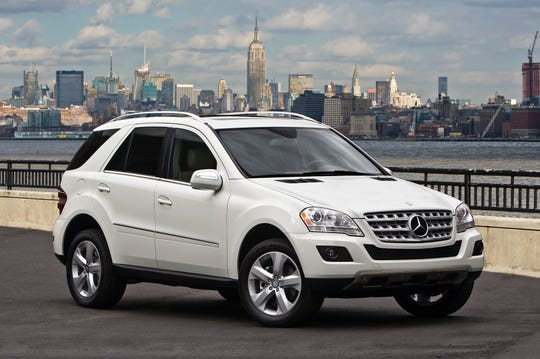 The Mercedes-Benz ML320 BlueTec model is among those named in the Arizona lawsuit on diesel testing. (Photo: Mercedes-Benz)

For VW, the 2016 settlement was just the beginning, as company executives were also arrested and Congress held numerous hearings into their conduct. Overall, VW’s scheme could cost the company up to $35 billion globally — including $25 billion achieved by U.S. authorities in fines, penalties, civil damages and restitution to customers.

In testimony at his confirmation hearing on Jan. 16, Andrew Wheeler, the Trump administration’s nominee to head the EPA, touted the recent settlement between FCA and the Department of Justice, EPA and the state of California for similar conduct. In fact, FCA used a diesel emission “defeat device” made by Bosch, the same German manufacturer that colluded with VW. Despite these recent developments, under Wheeler, who has served as acting administrator since July 2018, the number of pollution cases referred for criminal prosecution has dropped to its lowest point in decades.

German authorities have been more aggressive in holding other automakers, such as Daimler, which owns Mercedes-Benz, accountable. In 2018, German authorities raided Daimler facilities, confiscated files and drives and ordered a recall of 774,000 diesel vehicles across Europe. In addition, Daimler was forced to offer incentives to its German customers of up to 10,000 euros ($11,564) to swap old diesel vehicles and participate in a federal hardware retrofit program paid for on its own dime.

Mercedes is accused of using the same Bosch defeat device as VW and FCA to evade U.S. emissions standards, yet the only measure taken to date is a refusal by the EPA to certify its 2017 diesels. Today, hundreds of thousands of its diesel vehicles remain on U.S. roads emitting noxious fumes while owners face an out-of-pocket loss for future attempted repairs, fuel costs, decreased performance and diminished vehicle value.

Bipartisan political pressure is critical to hold companies like Mercedes accountable to protect the environment and provide recourse to consumers who bought cars with questionable emissions ratings.

American customers of Daimler, BMW and other diesel carmakers need to know their government is on their side. The time is now for the DOJ and the Congress to make good on that commitment.

Sally Greenberg is the executive director of the National Consumers League.