"Michigan has made room for corporate tax cuts and raids on the School Aid Fund to pay for other political priorities."

“We don’t have to wait any longer. We know what we’re doing isn’t working.”

That’s a quote from David Arsen, MSU education policy professor and lead author of a new report on education funding in Michigan. 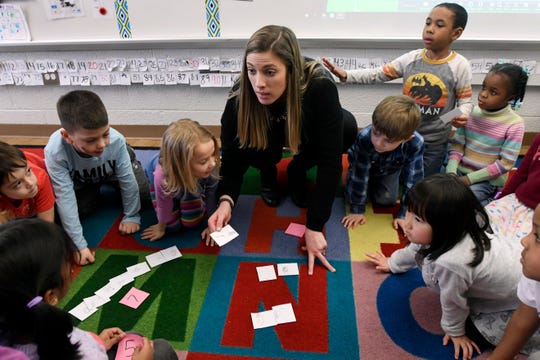 I’ve often decried the inadequate funding of public schools in this space. Study after study pile on top of each other proving we are shortchanging our students, parents and educators. Previous studies have fallen on deaf ears in the Legislature.

The good news is that now Gov. Gretchen Whitmer is listening.

In her State of the State address, she made an acknowledgement of the educational realities that many have longed to hear: “I want to send a message to all of the devoted educators across Michigan: You’re not failing us. We have been failing you. Our educators deserve our support, not a funding crisis that undermines their work, weakens our schools and hurts our kids.”

With that, we finally have recognition that, Lansing, we have a problem. Now, with Whitmer’s leadership, we must begin to fix this issue that has been years in the making.

The MSU report documents how funding for Michigan’s public schools has fallen more sharply than any other state over the past 25 years. And, since 2002, total revenue for Michigan schools has declined by 30 percent when adjusted for inflation.

“Michigan has tried to improve schools on the cheap, focusing more on accountability and school choice,” Arsen said. “To make those policies effective, they have to be matched with adequate funding. We have been kidding ourselves to think we can move forward while cutting funding for schools.”

The dramatic underfunding of our public schools comes with a price: the study notes that Michigan ranks at the bottom nationally for growth in math and reading proficiency. Policymakers have made a deliberate choice not to adequately fund education, and student achievement is reflecting that choice.

The study points out that since 1994, only two states have decreased inflation-adjusted spending per student—West Virginia and Michigan. The other 48 states increased per-pupil allocations by an average of $1,400.

All this while Michigan has made room for corporate tax cuts and raids on the School Aid Fund to pay for other political priorities.

The MSU report’s findings build on last year’s School Finance Research Collaborative (SFRC) study, which provided conclusive evidence that policymakers were dramatically underfunding Michigan public schools by at least $2,000 per student, not including higher costs for special education, transportation and other necessities. This latest research puts the SFRC study into perspective by comparing our funding levels to other states – a comparison that will hopefully shock legislators into action.

The political fear of raising revenue to adequately fund schools should be offset by a poll conducted last June by the SFRC. That poll found nearly 70 percent of likely Michigan voters support more school funding.

Those voters know the effects of underfunding schools. Classrooms with too many students and less one-on-one instruction; counselors and social worker positions eliminated; art and physical education classes jettisoned; loss of certified librarians; outdated books and technology. The list goes on and on.

The time for “budget gimmicks and band-aids” is over according to Whitmer, whose first budget will be released next month.